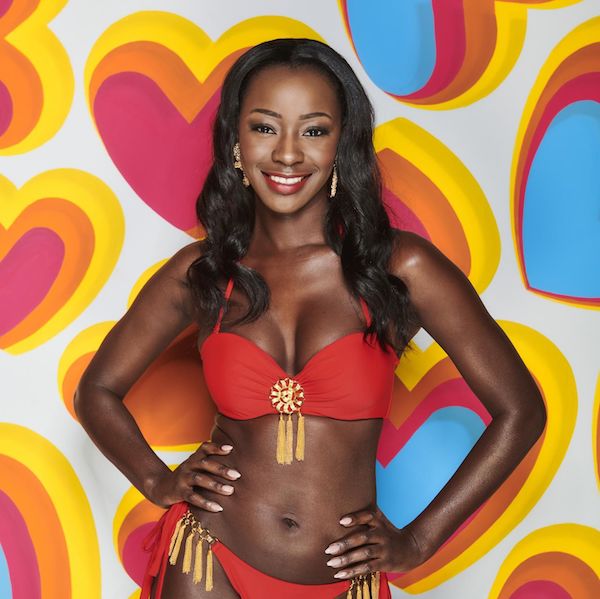 Today’s episode of love island introduced 12 new contestants into the villa. They are six girls including Pricilla Anyabu popularly known as Cilla Purple and six boys. Let’s get to about the new contestants:

PRISCILLA ANYABU She’s is 25 years of age, from Battersea, a model and a graduate from Brunel University, London.

Cilla has been in the limelight due to her beautiful fashion shoots and features in music videos.

The past queen and winner of Miss Face of Africa also worked as host for many companies including African Celebs and more.

JADE AFFLECK: She’s a 25-year-old sales representative from Yarm in north Yorkshire. Jade who introduced herself as exciting, open and a bit aggressive is ready to meet her love one in the villa without panicking.

JAMIE MCCANN: She’s from North Ayrshire in Scotland, 24 years and a former club dancer. Jamie says she’s sociable, likes fun, get attracted to people easily and will fall in love in the house.

MOLLY SMITH: A model, who describes herself as one who appears sweet and innocent at her first meeting but she’s very friendly. She’s 25 years and lives in Manchester.

EVA ZAPICO: Eva is a 21-year-old model who identified herself as “funny”, go-getter and has positive mindset in all that she does. She’s from Bromley in London.

NATALIA ZOPPA: 20 years old, lives in Manchester and works as an event planner. She likes entertainment but can act strange sometimes.

JORDON WAOBIKEZE: A 21-year-old administrator who lives in London and is hoping to meet the special person at then of the show. He will bring more energy into the house.

CHED UZOR: He’s also very fun to be with and ready to win the ladies and trouble the other guys because of his physique. He’s from Suffolk and is 23 years.

ALEXI ERACLIDES: Very confident, single, and intend to embrace positive energy in the house. Alex is 23 and comes from Essex.

JOSH KEMPTON: youngest among the guys, and a 21year-old model from Surrey who is willing to find love and make fun.

GEORGE DAY: He’s an estate agent, believes in himself and his look. He’s 27 years from Southampton.

BIGGS CHRIS: Biggs is from Glasgow, mechanical engineer and is 27 years. He ridiculous and all out to make fun in the house even as he searches for love.