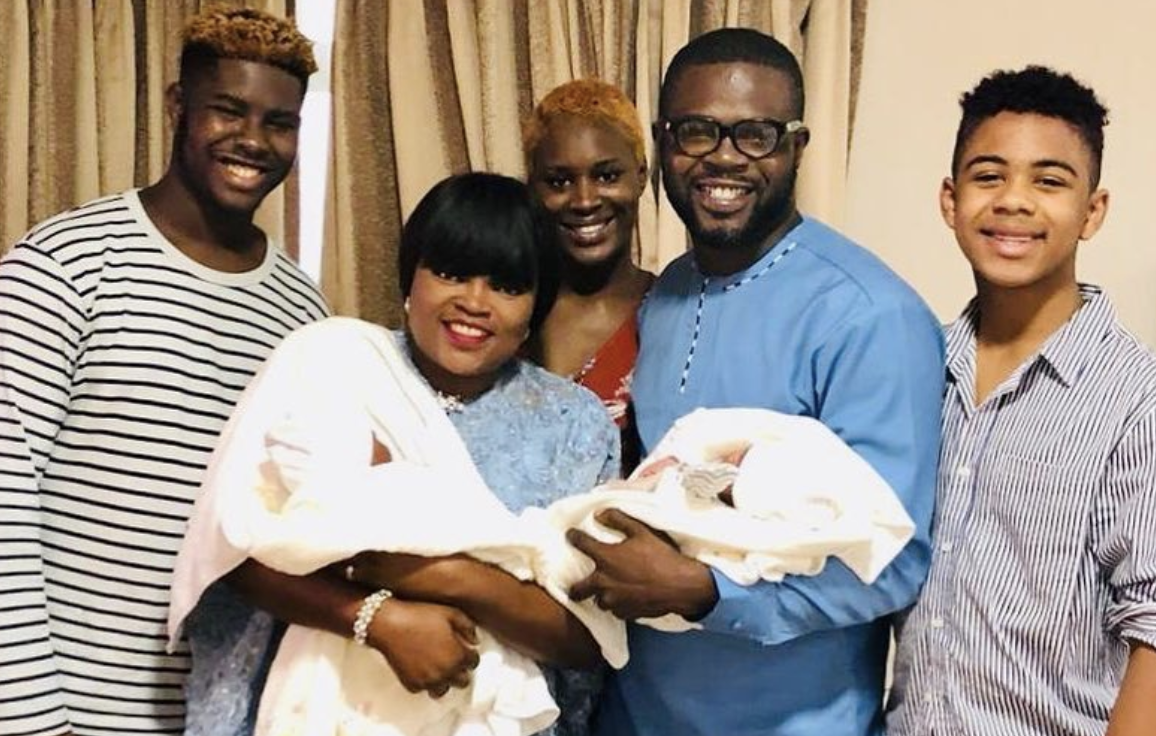 They that wait upon the LORD shall renew their strength…He makes all things beautiful, in His time…

The Jenifa’s Diary star’s  took to her Instagram story to write:

“Thank you Lord. Oluwa e tobi (God is great), I am now being called a new name.”

According to reports, The babies were born on Friday, December 21, in L.A, USA. Both Funke Akindele and her hubby JJC Skillz (Rasheed Bello) are delighted, thrilled and over the moon!

Fans and fellow African Celebs have taken to their social media platforms to congratulate her and also express their joy!

Funke studied Mass Communication,(OND) and a Graduate of Law from the University of Lagos, Akoka, Yaba. She started Acting in 1997, had her first major acting role as a teenager “Bisi”, undergoing sex education in a television series called “I need to know” which was sponsored by United Nations.

Funke Akindele’s   movie ‘JENIFA’  shot her to international mega-stardom and has not looked back since that time.

Funke Akindele recently proved why she is the hottest actress in Nigeria right now with the release of her new mega blockbuster album titled OMO GHETTO.

Funke Akindele is also a gifted Producer and Director with major award winning movies to her credit including ‘Taiwo Taiwo, Apaadi, Jenifa, Maku, Agbefo and Ekuro.

Funke has starred in more than 100 major films/shows over a 10 year period,

Nollywood actress and movie producer Funke akindele is a year older today. Join us in wishing this talented lady  a Happy Birthday!

Have a an amazing day Funke! Keep entertaining us!

What is your favourite Funke Akindele movie?