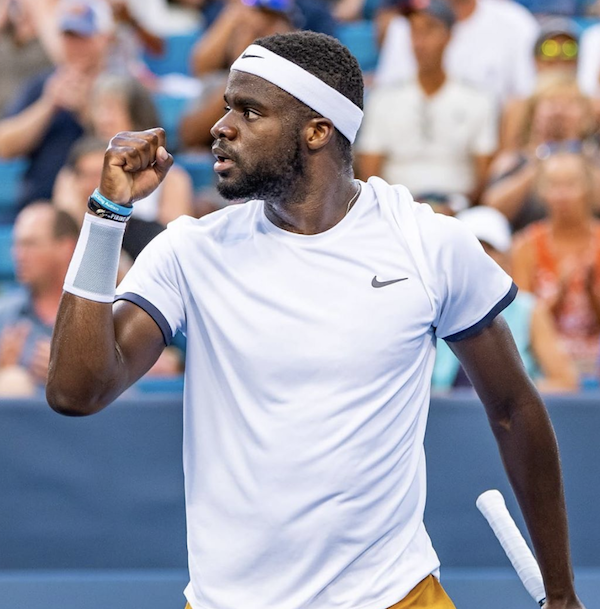 Frances Tiafoe is a year older today, Join us in wishing the talented professional tennis player an awesome day!

Frances began todays success as a trainee at the tennis centre with his dad when he had learned how to play tennis by watching other children play at age 4.

It was at age 8, that Frances, got coached by Misha Kouznetsov and based on his skills Misha developed interest in him and saw the potential Frances had and sponsored him to play tournaments.

Misha remained his coach till he was 17years and Frances made it to the united states tennis association (USTA) in Florida to train with more skillful coaches.

Celebrities Who Inspire Us

When Frances was 14years, he played and won his prominent international game at “Les Petits As” in France.

The following year at 15 years old, in 2013, he also won the Orange Bowl, an International Tennis Championships which made him the youngest boys’ singles in the history of the tournament.

At 17, he participated in the main draw of the French open and became the youngest American to achieve that since American retired professional player, Michael Chang.

Since 2016, He has made great achievements throughout his works which has seen him climbing to the top of his career.

In 2018, he won his first ATP title at the Delray beach open tournament and made an incredible performance at the grand slam tennis tournament which took place in Australia in 2019.

Winning the US Junior National Championship with 9 finals and 4 titles on the Association of Tennis Professionals Challenger Tour.

Today, he’s recognized globally as the youngest American ranked in the top 50 by the Association of Tennis Professionals (ATP) with a career-high ranking number 29 in the world….

Here's to another year of slick tricks and skills 😎