African Story Of The Day!

It was a hot afternoon in the middle of perched dry season, the trees could not dance and everywhere was really hot; I mean so hot that I felt my skin was pealing from my flesh.

Returning from my local school was a big deal because it was a mission of vendetta raising my final tuition fee, to talk of paying for the stupid moluwe, a local taxi that hardly stops at bus stop is what I never knew how it feels.

I danced with Ostaba, a local dancing crew within Cape Coast is my ancestral home to pay for my fee.

What often gave me a smile was a glance at Araba, the daughter of Minster Supi whom I met at Accra shopping mall after the death of my father.

His  death whenever I remembered really bordered my night because, he was our world! Full of wisdom. He would always say to me “Kwesi, life is not what you think, do not look down on people and always note that the best strategy to overcome the shock of life is to prepare for the worst when expecting the best”. So I grew with this mindset that two things are involved in the risk of living: it can either be positive or negative.

My father was a lawyer, writer, teacher and a politician, Minster Supi always gave me the reason to date her daughter because he knew l had a vision, I have always dreamt growing to become a good politician and a lawyer just like my dad…

Even though l wasn’t from a poor background, I knew that dating the daughter of a man with high social status could be frustrating, the protocols involved are kind rigorous and threatening.

My first meeting with Araba was like a magic attraction, I never believed she would reciprocate my feelings because of her social class. We exchanged contacts. The night was full of fun, I couldn’t imagine my leg hanging on the burglar protection, biting my finger with my teeth and heating my head against the wall while on call with her.

I came out around 11pm looking for where to buy recharge card in order to continue our calls. I felt on the world seeing her calls early in the morning and often threw my pillow against my foam with a shout “Yes! Yes!! Yes!!!” whenever I ended our calls as though I won a lottery.

Life has actually reduced my ego, the death of my Dad gave me a different status, l had to take on 2 jobs to help pay for my bills.

Despite this, Araba never stopped checking on me, she gave me hope, and mostly, she gave me the courage to move on.

Our worries have always been how to conquer her father fully, he blew hot and cold with me. My last experience during a visit to their house is better imagined than experienced.

Scoobii their dog was released against me and such gave me a serious push without a lift, an experience that opens my teeth even if I don’t want to laugh whenever I remember it. But that attitude divided the house as Araba refused to eat throughout the day. She had often said that the Dad wanted her to marry a governor or someone richer than me.

To my greatest surprise, my graduation from faculty of law Legon was a remarkable memory, I was awarded the best graduating student with 1st class honor, many awards and scholarship to continue my studies abroad.

On arrival close to my little home, Araba was waiting for me under the sun at the corner. We just had a little time to go over the shopping center and goof around. We bought Fanta an Pepsi and blew the straws at each other like kids, and walked around eyeing things that were lying out in the open until the manager suggested we leave. We actually felt embarrassed and decided to take a leave.

“Kwesi, do you mind if we drive to Ma Maison?” whispered Eunice.

Ma Maison is a little nice hotel along mega station before New layout slope, people talk about it but for once, I never visited.

“Why not your home?” I stupidly suggested as if though I have forgotten my last encounter in haste.

“Did I just hear you say my home?” she asked amazingly.

“when last did you run without foot wears for a long distance?” she added while laughing

“That experience was really bad love, I least expected it” I explained.

I had always tried to avoid going on such pleasure seeking movement with Araba But then, refusing to go there with her would break her down. 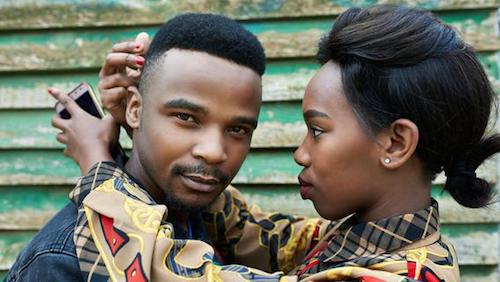 I was really in dilemma. I wouldn’t like anything that will put me in trouble. If by any misfortune I impregnate her, my life would abysmally rot in the prisons.

I saw danger coming but at this point, I have to stand in and hold to my fate. Though the Minster might kill me, but I really need to prove my love and go to the Ma Maison with her, let whatsoever that will happen come. Moreover, what is better than dying for what you love.

The aftermath of our outing was stressful, though I foresaw it coming, but I decided to do it and wait for whatsoever would be the outcome. “The outcome!” I said. “There is really a pregnant sky for me because Minster Supi is no nonsense man I pray he doesn’t cancel my scholarship, Araba has really put me in trouble.” These and more fears clouded my memory. I concluded to call her but I lacked what to say, her class really intimidates me a lot.

My early Wednesday morning the following day was greeted with a call from Araba’s father. My pulse ceased and I developed a contiguous diarrhea, immediately I rushed to the rest room. I never heard from Eunice that early morning, the fear of unknown grabbed my whole psychic.

“Is this how I’ll end?” I rhetorically asked myself right in the restroom. I missed the call three times. Finally as I picked the call with courage as a fake man…

“Congratulation my son! We’re all proud of you, come to my house.” That was the voice of Minster

I have for long received the kind warmth welcome that I receive from the serving senator of federal Republic of Nigeria, I never knew Minster Supi to be this generous and kind. His promise to give me 5million to support my study which was though on scholarship left my mouth unclosed. Eunice was amazed of course and gave me a hug without resistance from the dad.

I never believed even by prophesy that my little stick below my short can lead me to trouble and destroy my future. Dad had always said to me that a man who overcomes the advice of his manhood has a long way to go in life but the later lives short.

My body waxed cold when the information that Araba was pregnant for me came some weeks later. Araba on her arrival to my little abode was actually crying and seeking that we remove the baby. But I couldn’t, Dad had always told me never to soil my hands, I can’t just do that. Since she lured me, we have to carry the cross and I go to jail rather abroad.

Pains drove down the marrows of Minster Supi to have heard that the only daughter is pregnant for a poor street fool, a peasant of parental isolation. Then, I was summoned by chief, queried, humiliated and thrown away. To me Minster Supi  least expected the person of my class to marry her daughter.

My night was that of a sleepless dog, my eyes could not close as I was seeing my future weeping that I derailed. The only thought that came to my mind was suicide, but I had once said that suicide is the worst form of self-defeat.

Most time, life becomes too emotional that one cannot conquer self, Araba is my life and this reminds me this fact. My early supposed tearful morning was marked by blood joy. Chief sent for me and demanded I come immediately. Going to my knees on arrival greeted his countenance.

“Good evening sir” I confusedly greeted in the early hour of the day. He drew me closer, raised me and took me to where Araba was lying sick. He promised to send her along with me to United State as he accepted our relationship I believe he did all this to protect his reputation.

My departure was that of joy because Araba was by me. I never knew I will end up marrying Araba but I have got to understand that even nature is emotional.

Pictures shown are for illustration purpose only