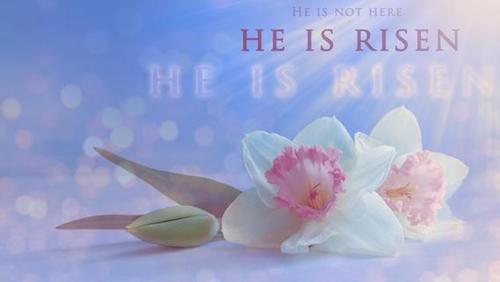 Jesus said to her, “I am the resurrection and the life. The one who believes in me will live, even though they die; 26 and whoever lives by believing in me will never die. Do you believe this?”  John 11:25-27

On Palm Sunday, Jesus went to Jerusalem to celebrate the Jewish festival of Passover.

Many people gathered on the streets to catch a glimpse of him, waving palm branches as he rode by. 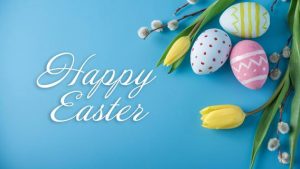 “I am the resurrection and the life.  Whoever believes in me, though he die, yet shall he live, and everyone who lives and believes in me shall never die. Do you believe this?” (John 11:25-26)

31 He then began to teach them that the Son of Man must suffer many things and be rejected by the elders, the chief priests and the teachers of the law, and that he must be killed and after three days rise again.

17 Now Jesus was going up to Jerusalem. On the way, he took the Twelve aside and said to them,
18 “We are going up to Jerusalem, and the Son of Man will be delivered over to the chief priests and the teachers of the law. They will condemn him to death
19 and will hand him over to the Gentiles to be mocked and flogged and crucified. On the third day he will be raised to life!”

7. “We know that Christ, being raised from the dead, will never die again; death no longer has dominion over him.” (Romans 6:9)

The Easter festival, the oldest and most important festival in the Christian calendar….

Easter Sunday: He is Risen