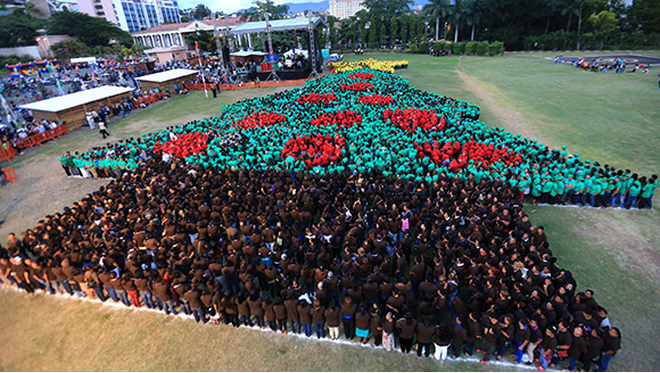 Honduras has set a world record with the Largest Human Christmas Tree, which was  formed by 2,945 volunteers and government employees. The participants wearing green and red clothing making the top of the tree and those in brown clothing making the base.  It took just six minutes and 28 seconds for the Christmas tree to be formed.

Wow! This is awesome!