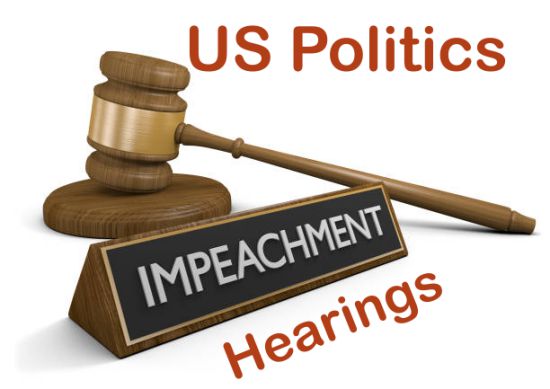 The top US diplomat in Kiev, Bill Taylor and George Kent are testifying today.

Ambassador Taylor: “By mid-July it was becoming clear to me that the meeting President Zelenskyy wanted was conditioned on the investigations… It was also clear that this condition was driven by the irregular policy channel I had come to understand was guided by Mr. Giuliani.” pic.twitter.com/Dy96pLRuuV

An interesting debate at play in the US – will there be a courageous vote on the Trump impeachment – a solemn event for “we the American people”. Six networks covering the hearing into no 45. #journalism for the people #TrumpImpeachment pic.twitter.com/l3ZftMeIgW

“I do not believe the U.S. should ask other countries to engage in selective, politically associated investigations or prosecutions against opponents of those in power, because such selective actions undermine the rule of law regardless of the country."