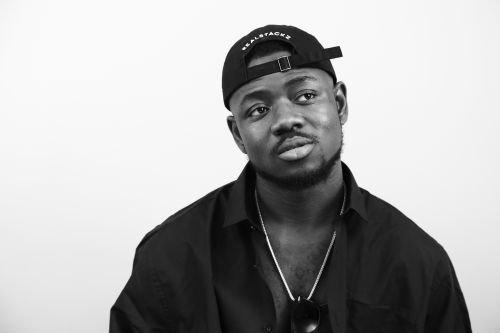 In the wake of picking up acknowledgment with hit singles like Dab (when you hear that) and Me Feelie Wu Style Nu, Invasion London Music C.E.O and signee Kingsley Rymz is set to debut his first musical project which he calls “Gifts&Curses “and it’s an Extended Play (EP).

Approached about the decision of name for the EP he said ‘’ God has given me the talent and ability (Gift) to do music but the people around me tried to debilitate (curses) me, hence the name “Gifts&Curses”. Some of the songs were recorded during my trip to Ghana and I finished the EP when I got back to the United Kingdom. These two countries he said has some influence towards the sound of his EP.

The EP is packed with eight songs with two of them being bonus tracks and features acts like dancehall sensation Sanky, Killah Vel, G Queen, Y Blaq and label mate Scarface. “Gifts&Curses” is set to be launched on the 17th March, 2018 and production credits goes to Smartbeatz who is the executive director of the EP, Musty beatz the executive producer, DrRay Beatz, YesRudeboi, Mix Masta Garzy, Adofo Jnr (Owusad beatz), Worldwide Beatz and Joe Eazzy. The songs on the EP will also be accompanied by dope visuals.

Modern Girl: New Rules for dealing with the New Breed of Woman