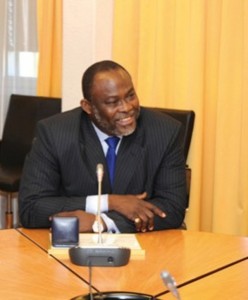 Months after intense speculation of an imminent Cabinet reshuffle, it has been reported that the President, John Mahama, will announce a shake-up in his Cabinet and introduce new faces into his administration.
One of the new faces is Dr. Ekow Spio Garbrah former National Democratic Congress (NDC) presidential aspirant, Dr. Ekwow Spio-Garbrah, put his political career and other lucrative professional jobs on hold in order to devote more time to the service of God as the Chief Executive Officer (CEO) of Action Chapel International.
Spio Garbrah is one of Africa’s pre-eminent public servants and an authority on mass communications who has held several high-profile positions in the field. He is a former Minister of Communication of the Republic of Ghana, one-time Ambassador of Ghana to the United States and Mexico, Minister of Education, Minister responsible for Mines and Energy and a member of UNESCO’s Executive Board in Paris. He served in the cabinet during the democratic regime of Jerry John Rawlings between 1994 and 2000. Spio-Garbrah is a member of the board of directors of South Africa Telekom, AngloGold Ashanti and recently of Vodacom. He is also member of the International Advisory Board of the African Press Organization (APO)

Determined to make it by all means!

Surround Yourself With People Who Build You Up …