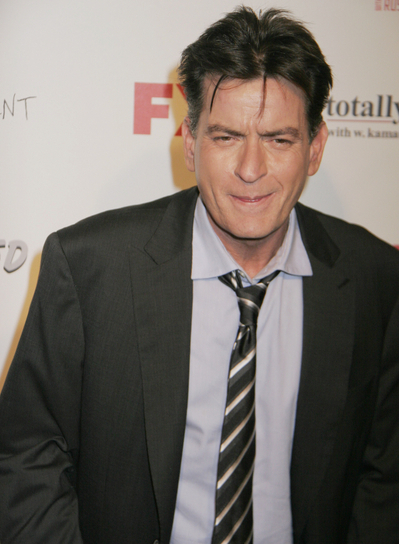 Former ‘Two and a Half Men’ and Anger Management Charlie Sheen has today, confirmed that he is indeed HIV positive. In an exclusive interview with TODAY’s Matt Lauer, Charlie Sheen said he is tired of paying of people  to keep his secret, he has had enough of the blackmail and betrayal!  He said he initially thought he had a brain tumour.

Charlie Sheen  told  Matt Lauer that he has known of the decease for about four years. He said he has paid about $10 million in extortion over the past several years from the people he trusted and told.

The actor also said since his diagnosis he has used protection when ever he sleeps with any one  apart from 2 people  and that was under the supervision of his doctor.

He said  ‘In terms of paying people ..”I think I release myself from this prison today.” He admits that he has had unprotected sex since his diagnosis, but that the two people involved were forewarned, and that he has told all his sexual partners about his status…

Charlie Sheen Will Be Disclosing His HIV Status on …

Charlie Sheen Will Be Disclosing His HIV Status on …