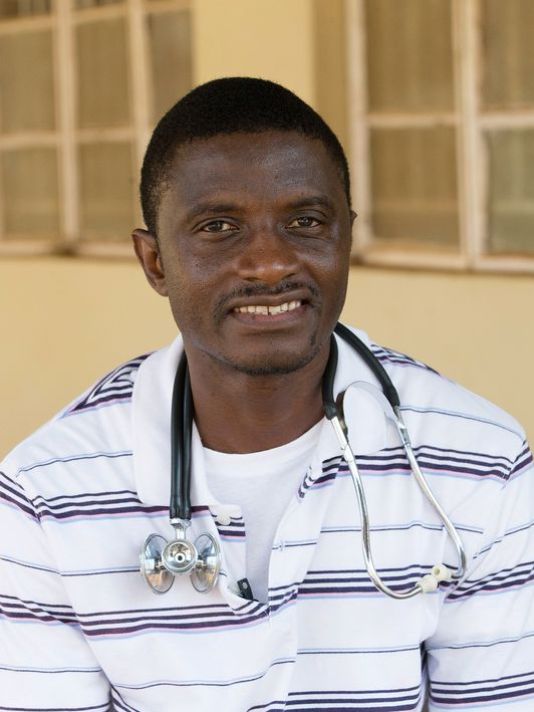 Nebraska Medical Center announced today of the passing away of Dr. Martin Salia’s  this morning.

Dr. Martin Salia is the third patient with the Ebola virus to be treated at Nebraska Medical Center.

“It is with an extremely heavy heart that we share this news,” said Dr. Phil Smith, medical director of the Biocontainment Unit at Nebraska Medical Center and professor of infectious diseases at the University of Nebraska Medical Center, the hospital’s academic partner. “Dr. Salia was extremely critical when he arrived here, and unfortunately, despite our best efforts, we weren’t able to save him.”

Dr. Salia was suffering from advanced symptoms of Ebola when he arrived at the hospital Saturday, which included kidney and respiratory failure. He was placed on dialysis, a ventilator and multiple medications to support his organ systems in an effort to help his body fight the disease. He also received a dose of convalescent plasma and ZMapp therapy was initiated on Saturday.

“We used every possible treatment available to give Dr. Salia every possible opportunity for survival,” said Dr. Smith. “As we have learned, early treatment with these patients is essential. In Dr. Salia’s case, his disease was already extremely advanced by the time he came here for treatment.”

“We extend our heartfelt condolences to the family and loved ones of Dr. Martin Salia, who succumbed this morning to Ebola at the University of Nebraska Medical Center, despite the heroic efforts of that institution’s incredibly talented team. Dr. Salia leaves behind loved ones in the United States, his adopted homeland, and in Sierra Leone, where he was born. A general surgeon, Dr. Salia dedicated his life to saving others. He viewed this vocation as his calling, telling his fellow United Methodist Church members that he pursued medicine not because he wanted to, but because he firmly believed it was God’s will for him. Dr. Salia’s passing is another reminder of the human toll of this disease and of the continued imperative to tackle this epidemic on the frontlines, where Dr. Salia was engaged in his calling.”

Dr Salia 44, got sick November 6th while treating patients in his native Sierra Leone. He spends about four months at a time overseas. The rest of his time he spends with his family in New Carrollton, Maryland. His first Ebola test was negative but four days later he tested positive for the virus. Doctors here describe that as a tragic mistake and one that shows just how little the health community in West Africa know about the disease, because tests taken within the first three days are often inconclusive

Let’s remember all Ebola sufferers in our prayers, Especially those in  Africa, Medical workers …. We hope Africa too soon  gets the medicine that is helping others around the world to survive.

Our thoughts and prayers are with Dr. Salia’s family

Ebola: How Can You Catch Ebola…

Ebola Patient Dr. Kent Brantly to Be Released From Hospital