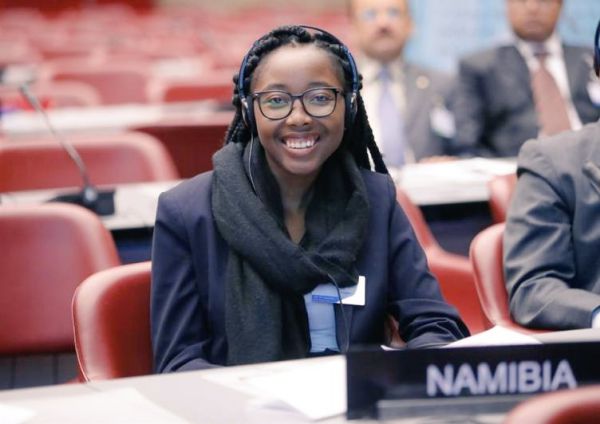 The 24-year member of parliament for the Namibian Republic was appointed as the Deputy Minister of Information, Communication and Technology in March 2020 under the regime of Namibia’s current president Hage Geingob.

Honourable Emma Inamutila Theofelus is responsible for information dissemination to Namibia citizens on the preventive measures against the spread of the Covid 19 pandemic in the nation.

She also promised to bring to the table effective plans that will help improve information distribution of the activities and programs of the Namibian Government and assist in preparing the country for its 4th Industrial Revolution.

When she was given the task in parliament, a lot of people around the globe raised concerns and questions on her experience and how well she fit in such position due to her age category.

She asserted that indeed she’s very young but that is not a yardstick to measure her inexperience because with support and guidance she can work successfully for such a significant position as long as human right is concerned.

Before her appointment in parliament, she was a debater and a lawyer who served couple of law firms and advocacy companies as a social justice activist after completing with LLB Honours Degree from the University of Namibia.

Her zeal to campaign against unemployment among the youth in her country earned her the position as the Deputy Speaker of the Youth Parliament of the Republic of Namibia and the Junior Mayor of Windhoek, the capital of Namibia which happens to be her birth place between 2013 and 2017.

Other great positions she held before her political appointment include, Ambassador of the USAID/LifelineChildine 106 in 2015.

Board member of the National Council of Higher Education from 2017 to 2020, Legal Policy Advisor to the Namibian National Students Organisation from 2018 to 2019 and Commissioner for UNESCO, Namibia.

Between 2018 and 2020, she was appointed as the Vice Chairperson of Global Entrepreneurs Network Namibia Board and Legal Officer at the Ministry of Justice.

Early this year, Hon. Emma was the youngest woman honourned as one of the 100 most influential African women.

She holds Diploma in Business Management from Amity University in India and Diploma in African Feminism and Gender Studies from the University of South Africa.

REBELLION AND FASHION IN ONE PLACE: THE WOMEN OF HERERO.