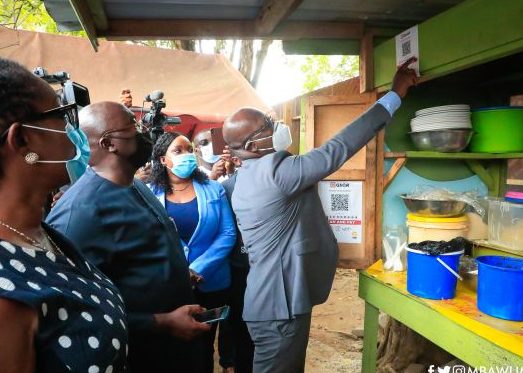 Ghana Has Historically Become The First African Country And The 3rd Worldwide To Introduce A Quick Response (QR)Code Payment System.

It is revealed that the QR code payment system is very unique because it will meet the needs of both banked and unbanked clients and such feature makes it exceptional in the world.

According to information presented to the public from the presidency, the newly invented payment system will make it possible for buyers to make instant transactions for goods and services from diverse funding sources such as mobile wallets, cards, bank accounts etc. by

scanning the quick response code using a smart phone or dialing the feature code and following the instructions displayed for the payment method.

After the official launch of the payment system, the vice president of Ghana, Dr. Alhaji Mahamadu Bawumia early today, demonstrated to Ghanaians how the system works since it is going to be used on normal days as we buy and sell in our country.

The vice president was followed by sates officials including communications minister, Hon Ursula Owusu Ekuful and they carried out the exhibition by using a popular waakye seller in Accra known as auntie Muni during the practice session.

They bought some of the waakye and paid with the QR code payment method from a smart phone which was indeed snappy.

Dr Bawumia stated that it has always been a major priority of the government to solve major societal problems and initiating a quick and effective payment method, QR code system for goods and services in the Ghanaian societies was a major solution as long as the economy of the country is concerned.

He further explained that the payment method will promote transparency, avoid robberies, aid in the development of e-commerce and fintech, and finally, during this Covid -19 pandemic era which we are prone to getting infected on the surfaces of objects including money, using the QR code for transactions will help curb the spread of the coronavirus. 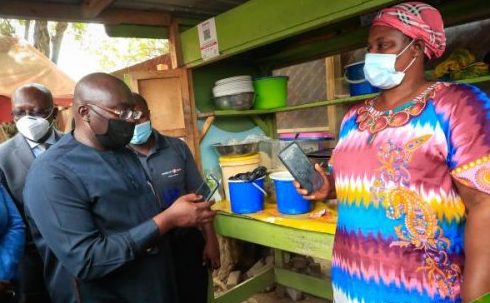 He asserted that 13 banks in the country have started using the QR code payment system and telecommunications networks including Vodafone and Airtel-Tigo have also embraced the payment method with the exception of MTN which he believes is also preparing to join.

Dr. Bawumia concluded his statement by applauding the collective efforts of the Ministry of Communications, Ghana Interbank Payment and Settlement Systems (GhIPSS), Bank of Ghana, telcos, and fintechs for accomplishing what seems to be impossible once again, and assured the citizens of the country that the government is working tirelessly to ensure greater financial inclusion.

Spotify in talks with Vodacom over music deal in Africa