“A people without the knowledge of their past history, origin and culture is like a tree without roots.” ~ Marcus Garvey.

Gold Coast attained its independence from colonial rule on 6th March 1957 and became known as Ghana. 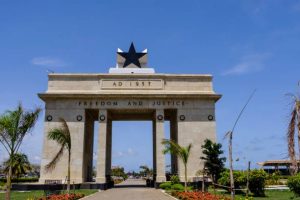 Ghana became the first black African country to have its independence led by the famous Pan-African leader Dr. Kwame Nkrumah.

Before Gold Coast and now Ghana was the Ancient Ghana Empire, which was founded in or around AD300. (South of the Sahara)

The capital was Koumbi Saleh and they mainly spoke Sonnke Mande.

Founded by Sonika, Ancient Ghana (also known as Wagadou) was one of the powerful and greatest trading empires in West Africa.

The reason for their dominance was because, they were the fast state to produce their own iron and weapons. Also their geographical location gave them advantage. Making them more powerful and sort after state.

During the  Trans-Saharan trade, kings of Ancient Ghana built their wealth one products such as gold, salt, iron… 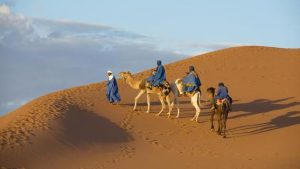 Gold was the most common currency during that time, and because Ancient Ghana had more than gold than any other country everyone was willing to trade with them.

Because of their envious position they had to protect themselves. They had about 200,000 soldiers fighting and defending the territory with the homemade iron made weapons.

Major products the kings lacked was salt, fortunately The Sanhaja Berbers who that crossed the Sahara from North Africa and brought much-need salt so they used as barter system (exchanged gold for salt)

Double taxation, was another contributing factor Ancient Ghana’s wealth. Goods were often taxed 2x coming in and going out of the state.

The Trans-Saharan trade made Ancient Ghana the most powerful and feared state, the kings and rulers became filthy rich.

These great kings resided in the capital at Koumbi Saleh where they controlled all the gold.

Some of the powerful kings of Ancient Ghana includes: Soninke King Kaya Magan of Wagadou, Farbas Bassi of Ghana, was one of the great leaders. it was under his watch that Ghana empire was conquered by the Almoravids… 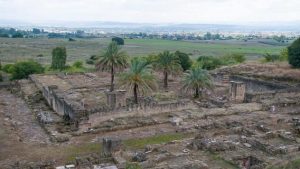 This kind gesture is what in the long run brought the great Ancient Ghana down.

Farbas Bassi ruled from 1040 to 1062 and had a good relationship with the Muslims, however Almoravids, was not pleased that not everyone had converted Islam.

Around 1050, an extremely aggressive muslim religious movement emerged from the desert area making its waging way with anyone who refused to covert to their faith.

In 1076 they took over the capital of Ancent Ghana and forced the people to convert to Islam or be killed. Others use marriage as means of converting the people to Islam.

Almoravids were very ruthless, the brutalities, killings etc continued for more than 10 years

The Ghana Empire finally collapsed around 12th century. It never recovered from the invasion of Almoravids. Some of the other factors was because other competing merchandising routes opened around Ghana Empire…

The fall of Ghana empire was the ‘greatest betrayer in the history of African race.’

They had everything going for them, is rather unfortunate they were brutalised by the very people they allowed to settle amongst them…

Looking at the current Geographical position of Ghana, Ancient Ghana Empire is not directly linked to Ghana 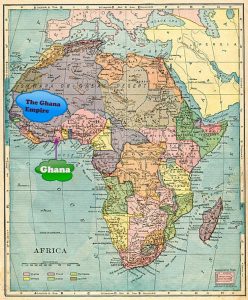 “Until the lions have their own historians, the history of the hunt will always glorify the hunter.” ~ Chinua Achebe.