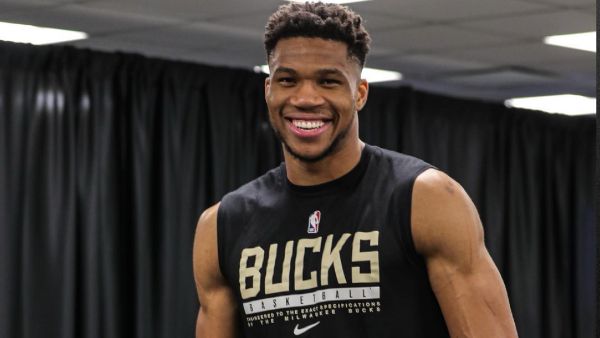 NBA’s Greatest of all time and most valuable player for Milwaukee Bucks, Giannis Antetokounmpo was born on December 06, 1994, in Athens, Greece to Nigerian parents.

The Greek professional basketball player, successfully secured a professional contract with Filathlitikos which made his family move to Zografou in Athens, the club’s location. His parents also got a job through the support of the team’s manager. Giannis served the team at the youth level for three years with a spectacular performance in every competition. His undisputable tactics and dribbles attracted several top-notch basketball clubs around Europe.

Giannis Antetokounmpo later moved to the club’s senior team in 2012 where he was among the representatives of the team in the year’s league. The ace basketball player signed another contract with CAI Zaragoza, a basketball club in Spain which he represented for only a year. In 2013, he qualified for NBA’s selections for the season of 2013/2014 and was among the first selection for Milwaukee Bucks where he began his official contract for the club.

In less than a year with Bucks, he had excelled and ranked top-earning him competitions including NBA All-Star Weekend’s match, “Rising Stars Challenge” held at New Orleans, ‘Slam Dunk’ and “All-Rookie Line-up”. His one-year contract with Bucks was then renewed for another two years thus, from 2014-2016.

His unimaginable flairs and speed play on the basketball court earned him the nickname, “Greek Freak”. He led the Bucks basketball team in Milwaukee to champion a lot of competitions and earned back-to-back league MVPs among other juicy honors after putting up great scores in all the seasons.

His commitment and outstanding performance for the game and team has won him a lot of award such as the “Eastern Conference Player” in 2015, “Most Improved Player” award in 2017 the “NBA Defensive Player of the Year” in 2020. He was again selected as “All-Star captain” in 2019 and 2020 when he led the Eastern Conference in voting in the above years.

He became the first player in the history of the NBA to complete a regular season in the top 20 in all five statistics of total points, rebounds, assists, steals, and blocks from 2016-2017. He’s been honored as the youngest player to score mind-blowing points and consistently at every game.

This time around with a historic and trailblazing record, the Greek Freak has led Bucks to be champions for the first time after their victory 50 years ago, in the just-ended NBA finals against Phoenix Suns. He was also adjudged the Most Valuable Player (MVP).