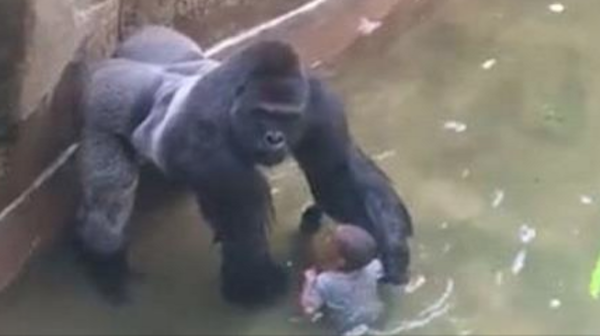 Global News: Harambe‬, a male gorilla in the Cincinnati Zoo who was killed by keepers on Saturday after he dragged around a 4-year-old boy who fell into the enclosure has is causing outrage…most people are saying that the child’s parents should have been more attentive…

Was the zoo right to kill #Harambe the gorilla? Do you agree that the parents are to be blamed?  Should ‪Cincinnati‬ zoo have used tranquillizer instead of killing the gorilla?

The zoo explained that, they had to kill the 17 year old endangered gorilla to save the child’s life.