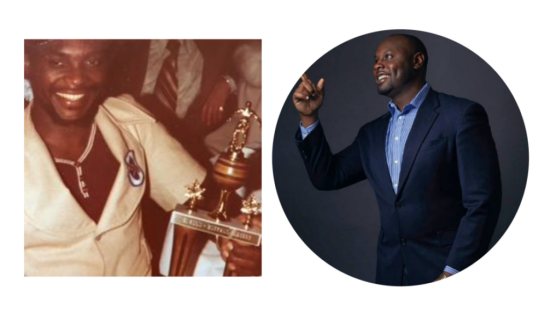 The mission of TheAfricanDream.net to tell the stories of Africa and Africans from an African perspective led to the initiation of the ‘Heroes of COVID-19’ writing series in April 2020.

The series celebrates individuals and organizations in defiance of the Coronavirus Pandemic carrying out their functions to fight the deadly virus, like Mr. Emmanuel Kulu Jnr. who is our January 2021 COVID-19 hero.

Mr. Emmanuel Kulu Jnr., an African Historian and Author of Cameroon’s Zulu/Bantu Tribe is also a career social worker deeply passionate about history and creative arts. Kulu began his professional creative career in 2015 with film writing and acting. Some of his early roles were in films like The Rize & Fall of Tephlon Ent., Bug Love, and The First Purge.

In more recent years, Kulu turned his focus to his African lineage. After several years of deep study and research of great African kingdoms, he drew his attention to ancient Egypt, which serves as the monarch of African Studies and Antiquities.

What made Kulu a great fit for our ‘Heroes of COVID-19‘ January 2021 pick was his deep questioning of the validity of prior novel and film depictions of ancient Egyptians who were, in fact, African people.

As an African Historian, Kulu has traveled around for lectures, seminars, and conferences on the miseducation of African history at various high schools, colleges, and universities, a great service TheAfricanDream.net feels is badly needed, especially for the youths who might be distracted by prolonged exposure to the wrong kinds of media owing to the pandemic lockdown.

See both sides of the spectrum, and bridge the gaps between

Based on his thorough research, Kulu created a historical fiction based on true events in writing. These works were “I, Black Pharaoh: Rise to Power (2020)” and “I, Black Pharaoh: Golden Age of Triumph (2021)“. Both novels restore the true African imagery of Ancient Egypt, which is known as Kemet.

TheAfricanDream.net recognized Kulu’s nonprofits engagements in the development of African history and asked him what was the inspiration behind what he did.

Beginning with a faint pride smile in his voice, he said “As an African living in America, I was subjected to a Eurocentric Curriculum, but thankfully my African father, Emmanuel Kulu, Sr. raised me in line with the glorious achievements of ancient Africa.”

“That upbringing with a heavy devotion to who I am as an African led me to pursue the need to educate those that have been misled on their African history in the western world. Yes it was going to be a Herculean task, but all big tasks have small beginnings, and I saw my opportunity to begin in my small way through my writings,” Kulu said.

Kulu saw a responsibility there to contribute his bit to fixing this error by being an ambassador of Africa in the Diaspora. What better person for this all-important task than a man whose father is a Bantu descent of Zulu extraction. and a mother (Betty Kulu) who is African-American.

“I was able to see both sides of the spectrum, and bridge the gaps between the two,” Kulu told TheAfricanDream.net of his parents’ influence on him – his father played for the Indomitable Lions in the early ’70s — national football team of Cameroon.

This history adventurer needs to leave their comfort zone to do best what he does because he wants to impact the African diaspora in ways that will make them look at themselves with pride and no longer see themselves as slaves or people of poverty. He does this by telling his followers and listeners that “to know where you are going, you must know where you came from. Wake up Africa, you are royalty!“

Coronavirus has affected everyone in many negative ways. It impeded many of Kulu’s planned book tours, conferences, and seminars. He told TheAfricanDream.net that he has lost associates and friends to the icy grips of COVID-19. This pandemic has been tough for many small businesses in the United States and across the world, especially African and African-American business owners.

“But the virus in a way presents a fine example for us all to return to our African cultural roots and maintain the healthy life habits of our forefathers and foremothers from generations past. To practice cleanliness on the level they did and train our children and family in this practice. To learn patience, faith in God, kindness, and begin to appreciate more the value of family and the little things we have — just like in the days of Kemet,” Kulu explained.

Despite the pandemic Kulu has nevertheless not stopped educating the masses in the diaspora about the true African history, he is using online platforms and making the most of the Internet to reach the world, which is how we found him.

This 2021, Kulu plans on releasing his second book to I, Black Pharaoh Golden age of Triumph, and a children’s book as well. The Buffalo New York-based historian advises other African historians to not “teach with resentment to oppressors, with hateful, racist, and unjust speech. However, continue to spread the remarkable history of Africa with love because Africa is where all humanity began.“

The truth Cannot be hidden forever

For years, the Western world through mediums like film, novels, and educational literature has continued to perpetuate the perspective of the “European/Middle Eastern” depiction of Ancient Egypt. But is this depiction accurate based on how the Ancient Egyptians depicted themselves? Well, the answer is, No!

“By unanimous testimony from Greek historians and philosophers including Aristotle, Herodias, Pythagoras, Hippocrates and many more including African kings like Mansa Musa (Musa I) the richest human to have ever lived, and even ancient Egyptians themselves, the people of Kemet were no different than other black Africans in physical appearance and features,” — Emmanuel Kulu.

“This kind of knowledge emboldens me as a person with African descent,” Kulu disclosed to TheAfricanDream.net as he recounted how onetime upon posting his book cover via social media, he had to overcome racism from commenters. “I was constantly called monkey, nigger, slave, and was even accused of black-washing Ancient Egypt. This happened so often that it made him want to give up,” but he kept pushing on, letting his knowledge and history of his past drive him into his light.

It is his quest to share his light and his father’s advice to continue the path of truth and understanding that kept him going and to ignore “those who oppose the African truth as they have been miseducated,” he said, concluding that “it is not their fault that they have been miseducated, but it could be my fault for not sharing my knowledge amidst opposition, the truth cannot be hidden forever.”