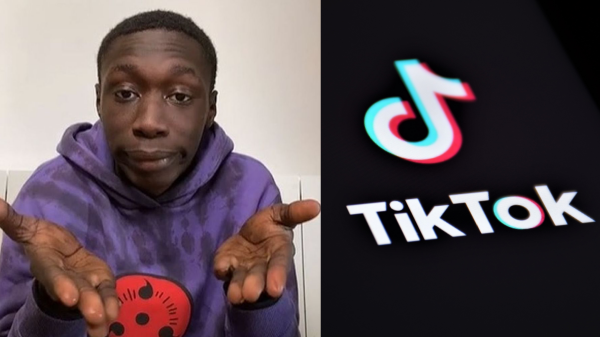 Khaby Lame Amazing journey – From being jobless to being a world famous millionaire in just 17 months.

Maybe you haven’t heard his name, but you have certainly seen his face.

The 21-year-old was desperate when he lost his job to the Covid-19 pandemic in March but that failure ended up as the best thing that has ever happened to him. Just 17 months ago he wasn’t known but now the young man has a net worth somewhere between £1 million and £2 million.

The TikTok sensation is originally from Senegal, a West African country with a population of more than 15 million. Poverty and insecurity forced Khabi’s parents to search for a better life and they moved to northern Italian industrial town of Chivasso when Khaby was only 1-year-old.

Khaby was just another immigrant who fight to provide for himself and his family, but due to the Covid-19 pandemic, he lost his job. His dad reportedly begged him to apply for another job but Khaby had other plans.

Just like any young man with plenty of spare time, Khaby decided to make TikTok videos where he reacts to some of the internet’s weirdest life hacks. Only two months after he created his own TikTok account he got 50,000 followers.

His fandom grew quickly as he reached one million followers in February with famous footballers, such as Juventus player Paulo Dybala and former Italian star Alessandro Del Piero, featuring in one of his videos. He never speaks a word, instead he makes unimpressed, face expressions and shrugging to the camera.

Soon his content went viral and that changed his life.  He’s had 1.5 billion likes on TikTok and his most watched video has been viewed 158 million times. Lame knows that he owns the success to his facial expressions.

“It‘s my face and my expressions which make people laugh,” he told in a recent interview.

He considers his muted reactions as a “global language”. Khaby Lame’s estimated net worth was calculated based on the number of likes and followers he has across all his different social media accounts. The popular platforms pay him as a content creator but he also lands sponsorship deals.

“His desire to make the most out of his situation and turn it into an opportunity to achieve his dream of making people laugh motivated him to start a TikTok account and share his first comedy videos,” TikTok said in a blog post.

“With one funny video after another, his followers began to grow, and in less than 17 months, Khaby has quickly become one of the most recognised and loved TikTok creators globally as he continues to use his unique creativity and sense of humor to spread joy to a global community.”

How much followers does Khaby Lame have?

He also recently launched his own YouTube channel, and is on his way to do his thing on this platform as well.

Lame is only the second person who has made 100 million TikTok followers after the 17-year-old Charli D’Amelio, who has 120 million followers and is the most successful TikToker ever.

However, it’s believed the Italian will soon overtake his rival to become the most popular person in the TikTok world as he gets millions of new followers every week.

“I will continue to work towards my dreams, knowing I can count on a beautiful community ready to cheer me on,” Khaby said.

Despite being a world-known star which brings him plenty of income, the young man doesn’t forget where he comes from.

“Public housing is a place to which I owe everything. They taught me education and allowed me to cultivate many bonds.” says Khaby.

Once again Congrats to Khalby Lame for being the second Tiktoker to reach 100 Million fans!