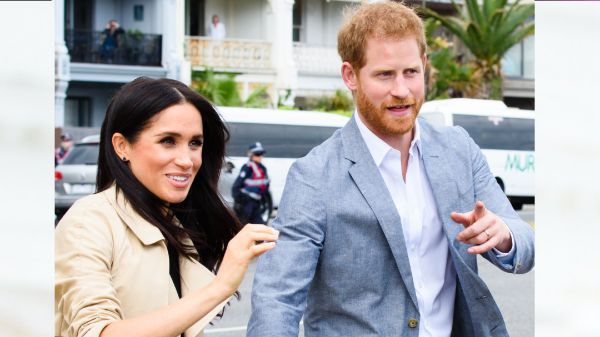 The Duke and Duchess of Sussex put their voices together in a statement released concerning the current state of the world in light of Haiti and Afghanistan devastation.

Expressing their concerns,  the royal couple, the world is now in precarious situation looking at the various ongoing mishappenings. They said in the statement that they’re short of words as they observe the anguish situation in Afghanistan now.

Adding that, they feel devastated looking at the ordeal caused on the residents of Haiti following the back-to-back catastrophe that has taken over thousands of people to their grave early and rendered the country homeless amid the global battle against the deadly coronavirus.

They went on to say that, the appalling situations now makes the world a scary place to live now because as social beings when a person or a community goes through hardship, its affect the everyone indirectly.

Hence, they asked the world to put their values in action by “being each other’s keeper”. As a result, the couple through their humanitarian organisation will be joining hands with other organisations to support the miserable condition in Haiti following the misfortune that has befallen them and rampage of the Taliban in Afghanistan.

They as well called on humanitarian organisations and global influencers to support the course by channelling discussions into humanitarian action at various conferences and gatherings such as the U.N. General Assembly and the G20 Leaders’ Summit.

In conclusion, they reminded the global community that proving their humanity is contingent on the decision they take now in helping to ease the stage of suffering among people.

Prince Harry and Duchess Meghan have written a statement on the current state of the world in light of the situation in Afghanistan and humanitarian disaster in Haiti.

“As an international community, it is the decisions we make now… that will prove our humanity,” they share. pic.twitter.com/afRhLk9h2S

The statement has been deemed as very thoughtful and touching by a lot of people and has called for positive feedback especially from netizens.

“More proof that Meghan & Harry are impactful, proactive, and thoughtful leaders who lead from the front in trying to make the world a better and more equitable place for everyone. They’re doing so much good through their Archewell Foundation.”

Am so proud to say I like them. pic.twitter.com/3yMA4MVNVv

“Such a thoughtful statement. Leaders are defined by how they rally & connect with people across levels especially in times of crisis. My thoughts and prayers are with those still on the ground risking their lives trying to help or comfort those frightened/fleeing #Afganistan.”

Thank goodness Harry and #Meghan have managed to share a few words on the world's crises, despite being rendered 'speechless' https://t.co/qQUqoOIp7w

On Sunday, various media outlets reported on the current issue in Afghanistan. The news gave account on how the fundamentalist group, Taliban seized power in Afghanistan firing gunshots all over when the president had travelled out of the country.

The fear of uncertain future and challenges has caused a lot of Afghans  to flee from the country.

Haiti on the other hand was hit by another earthquake which has killed over 700 of its citizens. The country has been declared a state of emergency as people left homeless and helpless.

This is not the first time Haiti has been hit by such an earthquake.