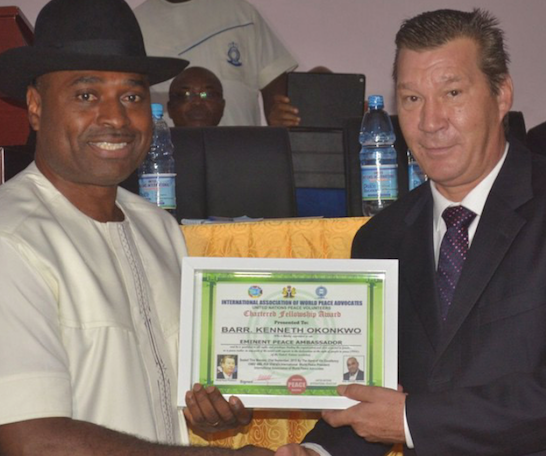 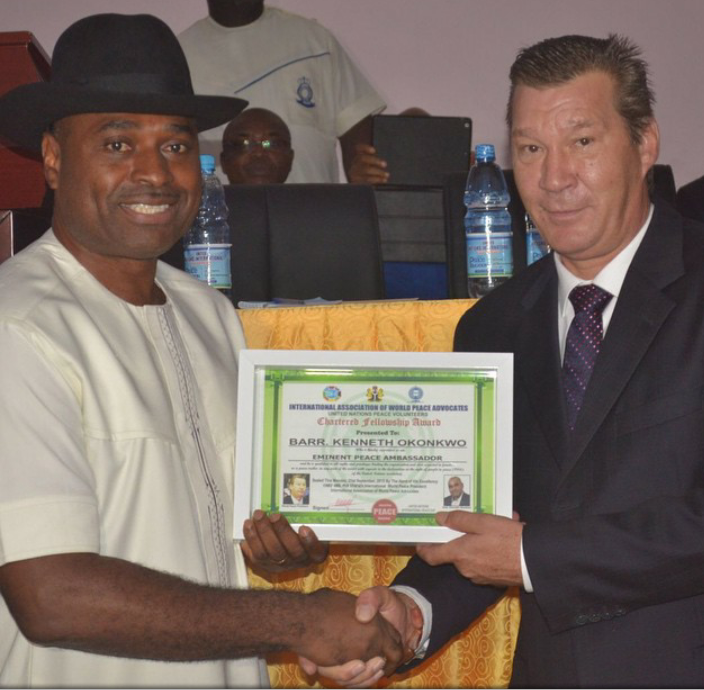 According to Nollywood reports,  the World Peace President Ambassador Per Stasfen was the one who gave Kenneth Okonkwo  his  certificate on the day he was appointed the United Nations World Peace Ambassador.

This is not Mr. Okonkwo’s first ambassadorial role, he was formerly an Ambassador for National Open University,

He Keep up the good work!