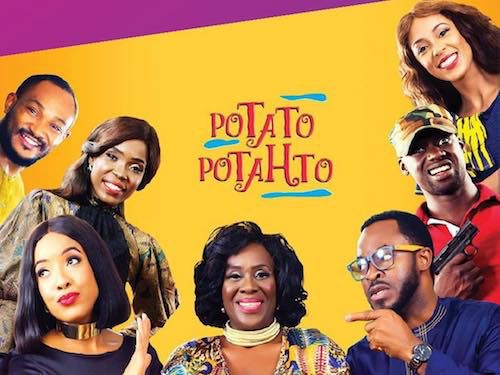 “Potato Potahto” is a movie produced and directed by Shirley Frimpong Manso, a Ghanaian based award-winning film maker.

The award-winning movie, with a rave review, narrates a contradictory occurrence which ignites among a separated couple staying jointly in a conjugal home…

She is one of the best in the African movie industry losing.

The comedy film which starred popular screen goddess like, Siva Joke, Joselyn Dumas as “Lulu” and also, the female Protagonist

O.C Ukeje as “Tony” and also, the male Protagonist, Chris Attoh as “Gabby”, Adjetey Annan as “Ato” and more

Even though it’s funny, “Potato Potahto” releases stress and virtually depicts the reality of happenings in relationship in the African home and gives a perfect idea as to how to sustain a family relatively.

Therefore, it’s worth watching and learning from.