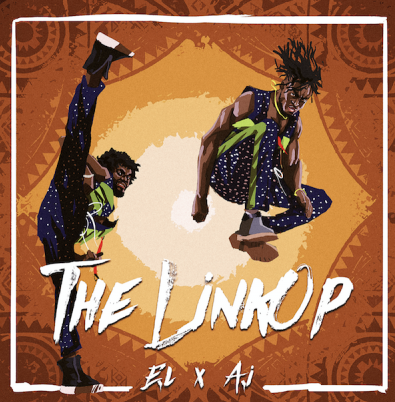 When E.L and A.I. announced their collaborative project – ”The Linkop”, fans of both artists were wondering what it would sound like. Well, the V.O Nation head honcho, E.L and A-Konnekt Music artist, A.I. have finally released the full project.

Launched at the Carbon Nightclub in Accra on Thursday, August 15, ”The Linkop” is blessed with seven (7) solid tracks namely; ‘The Linkop’, ‘Ma Sumor Bo’, ‘Killa’, ‘For 2’, ‘Roll Like Marijuana’, ‘Unbreakable’ and the first lead single ‘Adwuma’.

E.L is credited as producer of ”The Link Op”, sharing composition, arrangement and performance credits with the vocal powerhouse, A.I.The project was released under the labels of both artists (V.O Nation & A-Konnekt Music respectively) 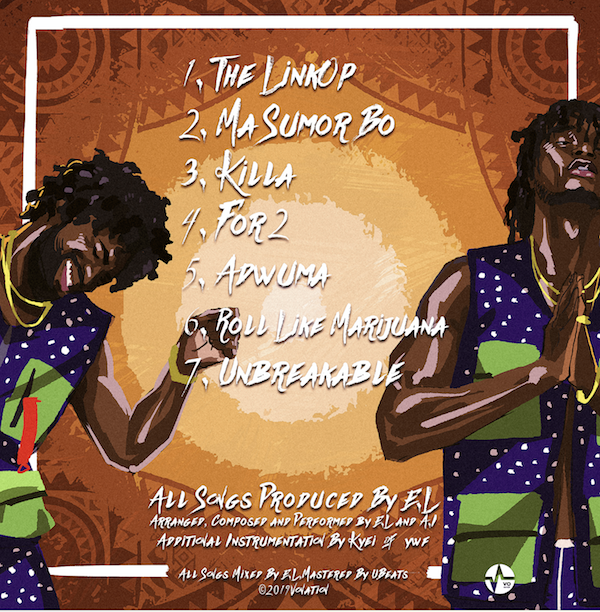 The two multiple hitmakers, shed a little light on how some of tracks were made/recorded:

THE LINKOP: ”The title track of the album was recorded even before we knew what to call the collaborative project. This song was completed on the second day of recording…”.

MA SUMOR BO: ”This song was the first track we recorded at V.O Nation studios together. Honestly, we spent half of the time dancing and turning up in the studio. It was mad fun, the making of this tune…”.

KILLA: ”The beat of this song was made in Stockholm whilst I was on tour last year. A.I. jam packed his verse with so many bars and we all wondered if he’ll be able to perform it on stage. We’re yet to see about that…”.

FOR 2: ”We wanted to do a song that would appeal to the grown and sexy folk. Our guitarist, Kyei came through with some amazing chords for the song and of course, A.I. immediately knew where to go with it. I (E.L) on the other hand recorded my verse during my alone time.

The secret is ‘FOR 2’ was slated to be the first single off the EP, but…”.

ADWUMA: ‘’To be perfectly honest ‘Adwuma’ was my least favorite among all the songs we recorded, it almost did not make the EP, but the beat, message and overall it’s vibe grew on us personally, each in a very strong way. So we felt it would have to be the lead single for the project’’.

ROLL LIKE MARIJUANA: ”This song was recorded in a very smoky room. Enough said!”

UNBREAKABLE: ‘’We felt we had to close off the album with an uplifting sound which made a strong statement. Unbreakable is a testimony to our unrelenting commitment to success and persistent pursuit of our individual dreams’’.

The aim of this project was for purely good vibes and to give the listener a multifaceted experience from two of Africa’s most creative and dynamic music talents.

”The Linkop” also makes for an exciting explorative look into the creative prowess of E.L and A.I. and has no features, exploring topics from love and hustle to things like recreational drugs when it wants/has to.

Get ”The Linkop” project on all digital stores worldwide, including Apple Music, Spotify, SoundCloud and on iTunes below.