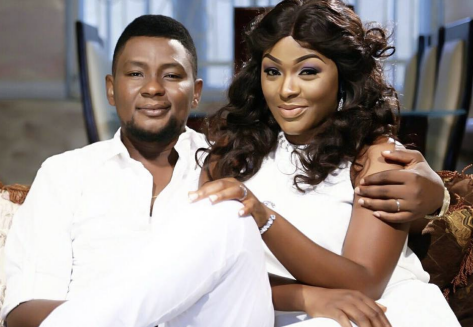 As the two lovely figures of Nollywood, Austin Faani Ikechukwu and his wife Chacha Eke are arguably the most adorable couple of African film industry.

Here is the heart-warming story of their individual achievements and how they came to unite as a family.

Austin Faani Ikechukwu was born and bred in Asaba, Nigeria. After completing primary and secondary education in Asaba, he graduated with West African Senior Certificate.

His work in the Nigerian movie industry started in 2000 as a movie editor. He worked alongside movie producers and directors to improve his skills as a producer and director.

Towards 2010, he shifted to the directing career and directed an action thriller called The Bank Job in 2010.

The movie gained critical acclaim in Nigeria and considerable attention around the world. The performance of the actress Chacha Eke was also praised.

Faani has won several awards such as Best Editor at the City People Entertainment Awards, Best Producer at the African Movie Academy Awards and Best Creative Director at the Africa Magic Viewers Choice Awards. His estimated net worth is 700,000 USD.

She then graduated from Ebonyi State University with a BSc degree in accountancy. Her acting debut was through a contest called Miss Nollywood Talent Hunt in 2009.

For the next three years, she appeared in many Nigerian productions.

She is well-known with her role in the movie The End Is Near. Mainly starring in drama and tragedy movies, she is recognized for her facial expressions while crying in the movie.

She also works as a scriptwriter as well as the director of a Fashion Line Company called Print-Afrique Fashion Ltd.

The pair first met each other on the set of the movie “When Kings Decide” in 2009. Eke stated in many interviews that Faani helped him a lot with gaining confidence and developing acting skills.

Four years into their relationship, Austin Faani and Chacha Eke got married. Their traditional marriage took place in Abakaliki, which is the hometown of Eke.

In 2018, the couple decided to relocate to the United States.

In May this year, the couple welcomed their first boy and the third child.