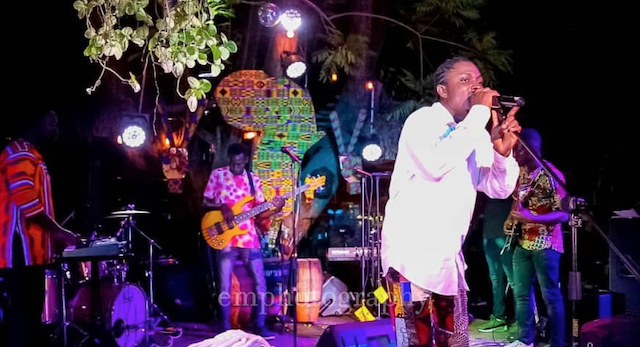 Share
Tweet
Pin
Share
Share
0 Shares
Africa Rise album concert:
It was a cool weekend April night with just the perfect alignment of stars shining upon AJ Nelson when the Ghanaian rapper welcomed a legend and other budding stars-in-the-making to formally usher the ‘Africa Rise’ album to Ghana and the world.
The concert held at the Zen Garden inside Labone at Accra Ghana went down as a great one. Audiences were left thrilled as “Africa indeed rose on that 13th April night I must say, I just can’t tell you how much all the other acts on the bill immensely contributed to the success of the ‘Africa Rice’ Album Concert,” AJ Nelson said.
Everyone present was a star in their own right, some of the performers included Okyeame Kwame who despite preparing for his own album launch the following week still made time to join host AJ Nelson and friends like Suzz Blaq and 6 Strings, all of whom rocked the crowd to some great music.
Man of the night — AJ Nelson — got on the mic to display his rap skills with a live band accompanying his soulful voice as he skillfully poured out lyrics upon lyrics to the audience’s appeal.
The crowd loved what they heard and cheered on act-after-act as every single performer blessed all in attendance with their respective styles.
A great concert it was indeed said AJ Nelson to this writer, who was told by an audience member that “the night lived up to expectation with great music full of intense Afrocentric vibes injected into the minds of all present” at the Zen Gardens. 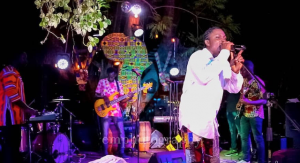 ‘Africa Rise‘ continues to enjoy favorable plays on Ghanaian airwaves with AJ Nelson embarking on promotional tours and interviews to spread the word about his maiden album. Get the album at Spotify and watch out for AJ’s next exciting concert near you soon.
Written by Lim Jo/theafricandream
Share
Tweet
Pin
Share
Share
0 Shares