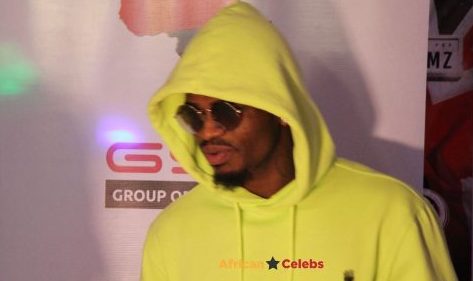 Ghana Party In The Park: Photos, Interviews, Videos And More

During an interview on Wasafi FM this week, ‘A Boy From Tandale artist let out that the his ex had cheated on him with a popular Nigerian top celebrity while they were still together

As if that wasn’t surprising enough, he added that, Zari had allegedly also had a fling with her personal trainer.

Diamond Platnumz stated that he had already forgiving Zari for any infelicity. He stated that even though they have a good relationship,  because of the nature of his work, as an artist was  travelling a lot for  concerts, events, shows, tours and more.

The distance starting taking a toll on their relationship, he add that the video calls wasn’t given him what he needed in a relationship and this led to being unfaithful at times.

Regarding his children with Zari he’s said

” had not  paid child support for his children who lived in South Africa for a few months as he felt that Zari was using the children to hurt him by denying him access.”

She said that he had not contacted his children from October 2018 and that he was not involved emotionally or financially in their lives.

Some people believe is because Zari has a new man(post below) others say it has nothing to do that. Whatever it is we’re staying out!

We’re not taking any side. We love them both and praying things are resolved amicably.

Ghana Party In The Park: Photos, Interviews, Videos And More