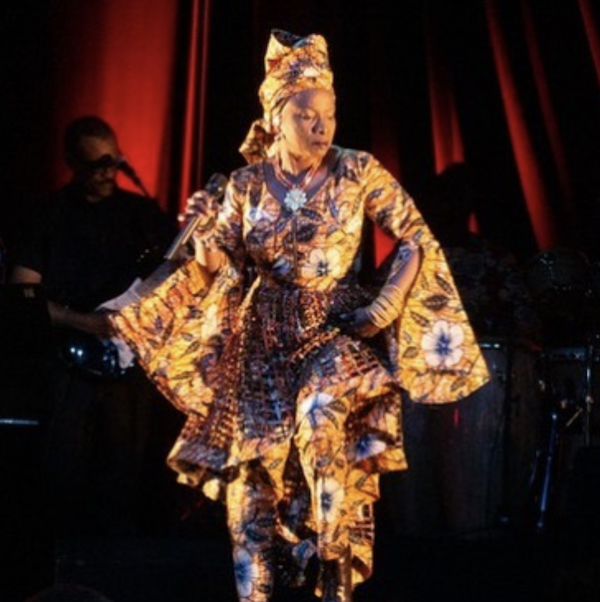 The African influence in the world music has become increasingly visible

This owes to the influential musicians of Africa whose music sailed overseas and proven their originality. One of the pioneers of this movement is the Beninese American singer Angelique Kidjo.

Her creativity and activist personality earned her top spots in the lists like The Guardian’s Top 100 Most Inspiring Women and Forbes’ Most Powerful Celebrities in Africa.

Kidjo was born in Benin in 1960 to a father from the Fon ethnic group and a mother from the Yoruba people. Her biggest inspirations in childhood includes, Miriam Makeba, Fela Kuti, Jimi Hendrix, Stevie Wonder, Otis Redding.

She was performing on stage along with her mother at age 6. In elementary school and high school, she was part of a school band called Les Sphinx.

MUSIC CAREER: She then released her first album Pretty that instantly became a commercial success. She relocated to Paris in 1983 due to unrest in Benin. She met her producer and future husband, Jean Hebrail.

Angelique was initially doing back vocals until she became the lead singer in Pili Pili and released three albums. Her work in Pili Pili made her considerably famous across Paris and eventually led to her discovery by Island Records founder Chris Blackwell.

She featured Santana (whom she listened to as a child) in one of her songs in the album Fifa (1995). In the following collections collectively called Trilogy, Kidjo’s first Grammy award was for  album Djin Djin.

Her experimental efforts continued in the 2010s. In her albums, Spirit rising and Eve, she worked with traditional women choirs from Kenya and Benin, as well as the Kronos Quartet and the Luxembourg Philharmonic Orchestra.

Her album debuted at number 1 in the Billboard World Music Chart and won the Grammy for the Best World Music Album in 2014. She released two more albums in 2018 and 2019. The first one, Remain In Light, was produced by Jeff Bhasker who worked with Rihanna, Kanye West, Jay-Z, Bruno Mars, and Drake.

The album Cella is a tribute to Cuban singer Cella Cruz. Both albums received critical acclaim for spanning and combining different genres like rock and Afrobeat. Amongst all the album work, she also managed to carry out her activism journey as a UNICEF Goodwill Ambassador, regularly visiting many African countries.

She also founded the Batonga Foundation to reach out to disadvantaged women in Benin and help them improve their talents. Collaborating with many other famous artists, she joined many campaigns related to women rights, water shortage, and awareness for HIV in Africa.

Celebs who give back: Angelique Kidjo Dedicates Grammy to women of Africa

Celebs who give back: Genevieve Nnaji Joins Action2015 Campaign