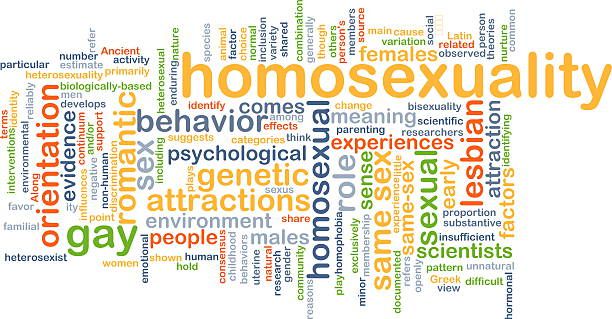 Same-sex relations and LGBTQ rights have been gaining increased awareness each day. On June 11, 2019, another country decriminalized same-sex relationships and evoked hope amongst the LGBTQ individuals in that country and around the world. Yes, we are talking about Botswana.
The concept of homosexuality and in Botswana isn’t new. According to historians, it was quite prevalent amongst Khoikhoi people who used the term koetsire to describe men who are attracted to other men.
Same-sex masturbation is also encountered among both men and women.
Looking at the cave paintings of San People, it can be  that they were also implementing same-sex acts.

When Botswana became a British colony in the 19th century, strict laws have been implemented against homosexuality. According to the Victorian rules, any act of homosexuality was considered a criminal offense that could be sentenced for up to five years.
There wasn’t a mass decriminalization attempt until the last decade. In March 2016, the Gaborone City Council suggested that the criminalization of same-sex acts should be revoked.
The LGBTQ community are more outspoken and recognized in the country. In 2017, LEGABIBO was officially known as the leading LGBTQ organization of the country.
In the same year, the transgender people were formally granted the right to change their gender written on their identity documents legally. Despite these minor changes, the complete decriminalization hadn’t taken place yet.

In 2018, a student at the University of Botswana brought a case to the court to legalize homosexuality in Botswana. LEGABIBO later supported the claim.
It was stated by the organization that the discriminatory rules towards gay people contradicted with the overall premise of Botswana’s constitution and that overturning these rules would ensure the protection of human rights.

This claim was later supported by President Mokgweetsi Masisi, who said: “Just like other citizens, they deserve to have their rights protected.”

The case was finalized on June 11, 2019, in favor of gay rights when all the judges agreed to repeal the laws. The lead judge Michael Leburu agreed that prohibiting gay sex was indeed discriminatory and an old-fashioned import from the British colonial era.

He finally added that the laws don’t get to regulate the “private behavior of consenting adults.”
Upon the announcement of the decision, LGBTQ activists surrounded the courtroom with rainbow flags for celebration. Many of them told the reporters that they still couldn’t believe that it happened since they had been fighting for many years.
Guy Rights In Africa
Botswana is not the first country to legalize the same-sex in Africa. In fact, it was South Africa that recognized same-sex relationships and legalized gay marriage for the first time in Africa.
Kenya also lifted the ban regarding the LGBTQ rights similarly on May 24, 2019. We hope that Botswana will not be the last country to change its strict laws against homosexuality.
Drop Comments
TRAVEL AFRICA
Share
Tweet
Pin
Share
Share
0 Shares