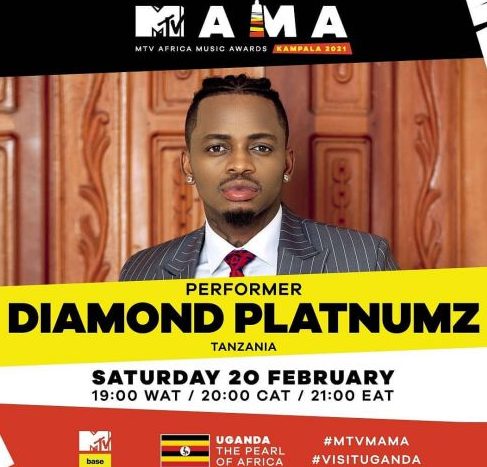 Africa is home to some of the world’s most dynamic talent and we’re excited to spotlight these artists as the MAMAs broadcast in 180 countries for the first time in history,”  ~Bruce Gillmer, ViacomCBS Media Networks

Bruce said as he announced the 2021 awards.

The MTV MAMA awards were first held in Abuja in 2008 created to celebrate the most popular contemporary African music across the continent.

The 2009 awards were held in Nairobi, Kenya’s capital city followed by Nigeria once again hosting the awards in Lagos city. Between 2010 and 2013 the awards took a hiatus returning in 2014 with Durban, South Africa.

South Africa took the monopoly of hosting the MTV MAMA awards hosting 2015 in Durban and Johannesburg 2016.

The awards took another four-year hiatus from 2017 to the current awards show on 20th February 2021. This year Kampala the capital city of Uganda will have honors of hosting the awards albeit online due to the Covid-19 Pandemic. The awards are in partnership with Uganda’s ministry of tourism.

The 2021 MTV MAMA awards will be airing globally for the first time on Dstv and will feature Grammy award winner DJ Khaled as the first international host.

DJ Khaled will be hosting the awards virtually from his Miami home alongside African co-emcees. DJ Khaled is an American who is famous for his successful career as a record executive producer, producer and, songwriter.

MTV MAMA Awards are banking on the success of other international awards that have been conducted virtually.  And the presence of an international host to help elevate and pull international interest, catapulting the awards into a new and exciting era.

This year’s award features a new addition MAMA Generation Change award, Personality of the year, Alone Together Best Lockdown Performance, and Best Fan base. Voting closes on 31st January 2021 on the 16 categories open.

Artist of the Year