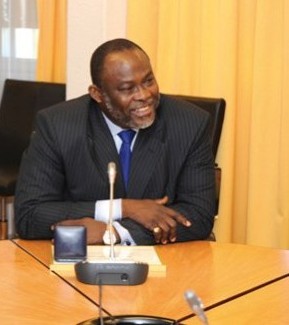 Dr. Ekwow Spio-Garbrah was appointed Chief Executive of the London-based Commonwealth Telecommunications Organisation (CTO) on 8 September 2003, following an internationally competitive process involving some 100+ candidates. He is the first African to be appointed to the post in more than 100 years of the CTO’s existence. He brings to the position more than 25 years of previous successful experience in the fields of communications, advertising, diplomacy, government, sales, consulting and politics.

He was Ghana’s Minister of Communication from July 1997 to December 1998, Minister of Education from December 1998 to January 2001, and was concurrently Minister responsible for Mines and Energy from October to December 1999, under the government of President Jerry John Rawlings. Earlier he served as Ghana’s Ambassador to the USA and Mexico from June 1994 to June 1997, during the Bill Clinton administration.

He has served as acting Chairman of Ghana’s National Communications Authority from July 1997 to December 1998, first Chairman of Ghana’s VAT Service Board from 1997
to 1998 and was a member of the Governing Board of UNESCO in Paris. Previously,
he was a senior official of the African Development Bank (1991-94), the World Bank Group 1988-91), Southwestern Bell (USA) and Hill and Knowlton (USA), from 1979-88. In September 2007, he became a member of the board of Telkom South Africa and subsequently also joined the Board of Vodacom South Africa from December 2007 until May 2009. He is Chairman of the U.K.-based African Cancer Organisation