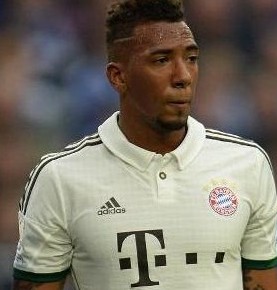 Ghanaian-German superstar, Jerome Boateng has showed gratitude to the Organisers of the maiden Annual Ghana Sports Excellence Awards, for honouring him with the BEST DIASPORA ATHLETE 2014 award.

The Bayern Munchen and German International player was adjudged the best at the British Council, in Accra, Ghana, for his remarkable performance at the World Cup 2014 and the European Champions League 2014. 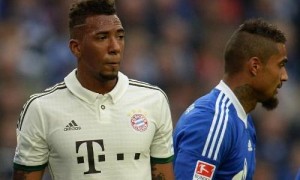 He beat the likes of Danny Welbeck of Arsenal and England, and Zardes Gyasi of LA Galaxy and USA, for the coveted accolade.

In a video message to Hallmark Plus Multimedia, organisers and founders of the Annual Ghana Sports Excellence Awards, Boateng said “I want to thank you so much for the award, it’s a big honour for me. It’s a really big honour for me to have an award from my fatherland”.

Although Boateng missed the awards ceremony because of Bayern Munchen’s pre-season training in Qatar, he extended greetings to the people of Ghana.

The 26-year-old receives the prize as a reward not just for his on-pitch performances, which have helped the Bavarians top the Bundesliga table last season, but also for his work with the Living a Dream project run by Pro Kinderhilfe, a children’s charity and associate organisation of the UNESCO foundation.

Boateng assisted in the building of a compound with a soccer pitch and educational facilities for impoverished children when Germany travelled to Brazil for the FIFA World Cup last summer, and he was in fact one of many figures from German soccer to make a charitable contribution to the country while it hosted the tournament.

He has made 17 appearances in all competitions this season and scored one goal, against former club Manchester City FC in the UEFA Champions League.