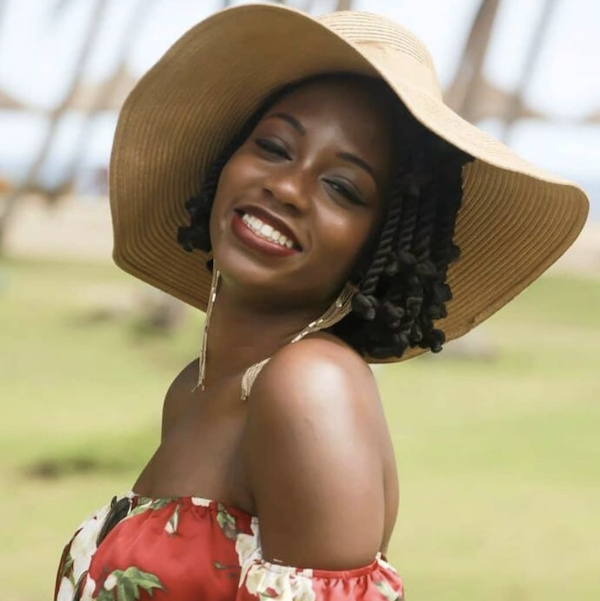 Khafi Kareem is a Nigerian born, English woman from the city of London. The Met police officer hails from Nigeria but has spent her entire life in the United Kingdom.

Her interest in fame made her take part in the popular Nigeria reality show, Big Brother Naija (BBNaija). She is one of the first 21 housemates that made it into the floor of the house on the 30th of June, 2019.

Only your Votes can keep Khafi in the #BBNaija House. Voting closes on Thursday night. Vote now!

Khafi, 29, is gainfully employed in the United Kingdom as a Met policewoman. However, her decision to participate in season four of the reality show was born out of her desire to be famous.

She loves fame more than anything according to her and also wants to win the prize to fund her desire to showcase the beauty and tourism in Nigerian to the whole world.

Khafi is one of the lively personalities in the BBNaija house that initially had 21 members in attendance.

She has been realistic in all her dealings and honestly expressed herself. She was recently spotted having a fun  with a fellow housemate, without minding the reaction of the viewers. Guess that’s what a reality show is.

The visionary lady explained her reasons for participating in the reality show, and this attracted many Nigerians as the only woman interested in showcasing the beauty of Nigerian tourist centres.

She took a bold step that could cost her a job, she’s believed to be under investigation for deciding to participate in the reality show without permission by her superiors.

The police are allegedly investigating the situation around her leave, and we all hope everything comes out well.

Not to mention, though, Khafi has several hidden talents such as oratory, dancing, and singing among others. The resourceful Nigerian already set another path for herself.

The Big Brother Naija began in 2006 and is currently hosting the third consecutive season, following a ten years-long break. 2017, the edition was tagged See Gobbe, Double wahala in 2018 and now, Pepper Dem.

For the first time in the four seasons, the Big Brother Naija introduced new four housemates in the course of the show.

Khafi Kareem’s decision to enter BBNaija has been met with mixed feelings, some people are routing for her, for taking such a big risk and praying she still keeps her  job.

Others believe she shouldn’t have taking part in the reality show because she a Met officer.

Everything in life is risk taking win some loose some. you may never know will you try!

We believe, at the end of the day is her life, her decision and has a reason.  We wish her the best and hope everything works out well for her.

No Visa Needed: The Power and Weakness of your Passports