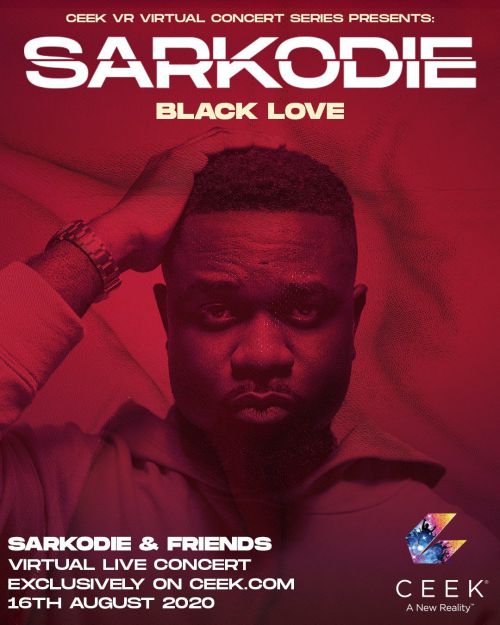 A week ago, Ghanaian multiple award winning rapper, Sarkodie announced his maiden edition of a virtual concert happening live on the Ceek.com on August 16.

The platform makes it easier for people to connect and relate with people around the world virtually at any time while they enjoy 360 videos in entertainment, education, healthcare training, sports, games and more.

He referred to the virtual concert as Sarkodie Black Love as Sarkodie and friends concert.

Although the announcement did not reveal the various artistes who would be performing alongside him. His fans have been  guessing.

However, in the wait of his online concert, King Sark through his countdown journey has been revealing to the public the artistes performing alongside him.

All the above mentioned artistes, in their unique ways have promoted the African values and the Ghanaian heritage through their styles of music since their exposure into the music industry.

From the genres of hip hop, high-life/hip-life, afrobeats to afro-pop and other genres yet to be known.