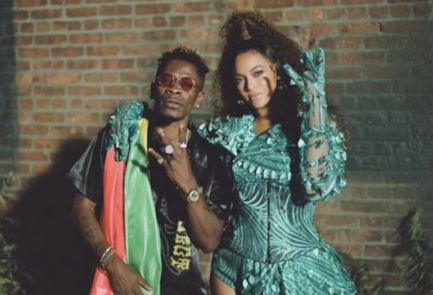 Share
Tweet
Pin
Share
Share
0 Shares
Finally, the long awaited and most talked about music video for the song “Already” by  Beyoncé in collaboration with Ghanaian musician Shatta Wale and Jamaican record producer and DJ, Major Lazer is out!
Beyoncé who is set to release her musical film and visual album ‘Black Is King’ on Disney plus later in the day served her fans with exclusive official music video for the single, “Already” Ft. Shatta Wale in the early hours of Friday July 31, 2020.
“Already” is an excerpt from Beyoncé’s The Lion King; The Gift album which was released in July 2019. The album is a soundtrack curated by Beyoncé for the lion king remake in 2019. 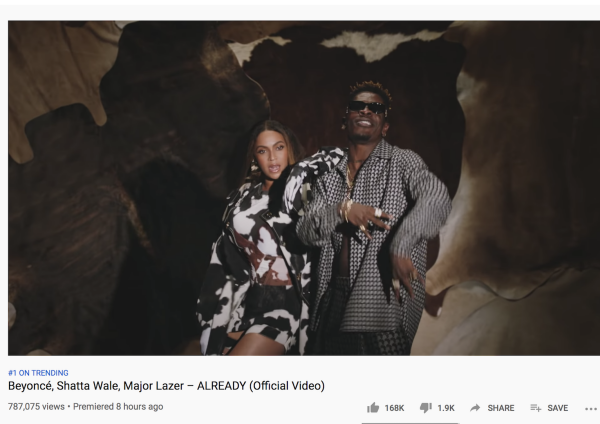 It was released by Parkwood Entertainment and Columbia Records in America and featured several American artistes and African artistes like, Wizkid, Shatta Wale, Burna Boy, Mr Eazi, Tiwa Savage, Tekno, Yemi Alade among others.
Beyoncé had the same paint in stripes all over her body. She was also spotted dancing in dark brown pajamas with crescent moon designs on it whiles surrounded with females in same outfit and dancing in many locations.

Shatta Wale was also seen sitting on a horse and on a throne as a king whiles delivering his chorus. The crew were dancing energetically as well as Beyoncé and Shatta Wale making the video more stimulating.
The video has received positive reactions from Ghanaian celebrities like delay, Sarkodie, Kofi Kinnata, Stonebwoy and many more.
Shatta Wale himself posted on his twitter account thanking Beyoncé for such an incredible opportunity for him to show the world his endowment through this historic collaboration
He has also been celebrated for the remarkable achievement in Ghana and Africa as a whole. Fans all over the world have also reacted positively to the video quality and the song.
The video is number on trending videos on YouTube and all other social media platforms.
Share
Tweet
Pin
Share
Share
0 Shares