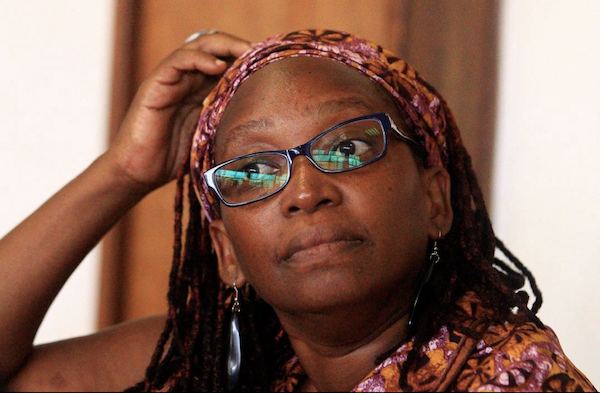 Stella Nyanzi is a figure whose ideas always clash with the traditional African mindset because they defy the patriarchal rules. Being one of the most outspoken activists from Africa, she frequently found herself in trouble with the law.

The Ugandan activist and anthropologist Stella Nyanzi was born in June 1974 in Masaka, Uganda. She studied a BA in Mass Communication and Literature in Uganda.

She relocated to London to do her master’s in Medical Anthropology at University College London, followed by a Ph.D. degree in Anthropology at the London School of Hygiene and Tropical Medicine.

In 2009, she went back to Makarere University in Uganda, where she completed her undergraduate degree. Becoming a member of the Faculty of Law, she worked there for four years. In 2016, she started lecturing at the Makarere Institute of Social Research.

When the director of the Ph.D. programme at the university got shut down, she protested the decision by stripping entirely in front of the entrance. This is one of the many instances where she was fierce.

Equality is essential for Stella Nyanzi, so she always defended LGBTQIA and women rights after seeing the mistreatment against these groups. Her activist technique is often described as “radical rudeness” because of her open and direct insults.

The most crucial target of the radical rudeness was President Museveni. On Museveni’s 74th birthday, Nyanzi wrote a poem and posted it on Facebook.

The poem was simply a condemnation against Museveni and his 33 years of rule.

When criticized about her profanity, she answered, saying, “Sometimes rudeness is the only option.”

In less than a month, the highly provocative poem led to her arrest. Although she was released one month after her arrest by paying around 3000 USD bail, she found herself back in prison in 2018.

Interestingly enough, she was happy about it since she believed that jail was safer for her. Also, she wanted to continue doing research and educating the female convicts.

The court has postponed the case a few times due to several circumstances. Furthermore, one of the witnesses retracted his intention to testify against Dr. Nyanzi.

He was called to testify due to his expertise in computer science and cybersecurity; however, he stated that he was not knowledgeable enough to interpret the incident. It is expected that there will be 20 other testimonies including that of the President himself.

Nyanzi’s radical rudeness has also influenced other Ugandan women to speak out against the Ugandan President. While protesting the arrest of a musician-politician, two women threatened to mutilate the President’s genitals.

They were immediately arrested, but they have since retracted their statements. Women also started to use stripping as a way of protesting.

Even older women employed this method in rural northern Uganda when protesting the decision of removal from their homeland.

UPDATE:2:9:2019: Ugandan activist Stella Nyanzi, jailed for  18 months for a poem about a vagina