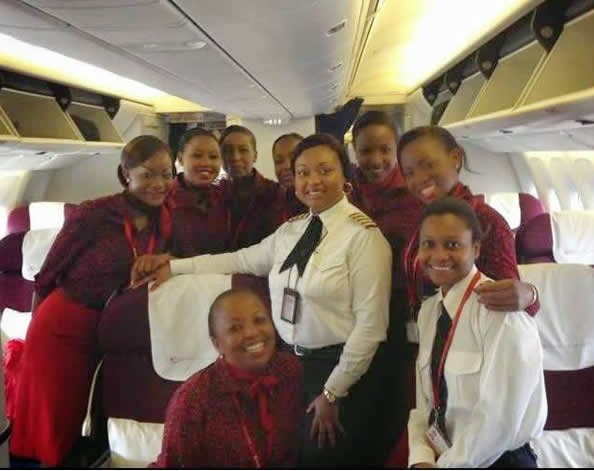 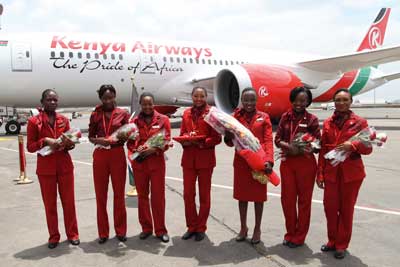 In a feat that will go down as a first in Africa’s aviation industry, the Kenya Airways all-ladies crew assigned to fly in the new aircraft featured a Flight Purser, Cabin Crew ladies and a Load Master – with the exception of a male first officer. 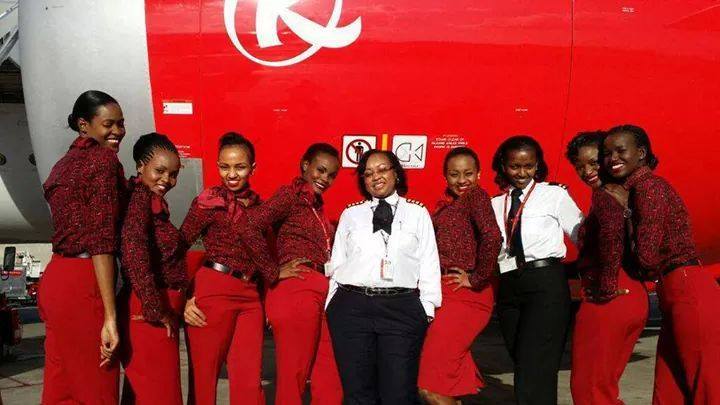 The wide-bodied plane’s delivery now pushes KQ’s fleet count to 37 planes in active operation. As part of its fleet renewal strategy, Kenya Airways is in the process of taking delivery of five more Dreamliner aircraft from Boeing Corporation, to complete an order for nine such aircraft.

On hand to receive Captain Mutungi and her crew was Kenya Airways’ Finance Director Mr Alex Mbugua, who acknowledged the historic milestone in the delivery of the aircraft. 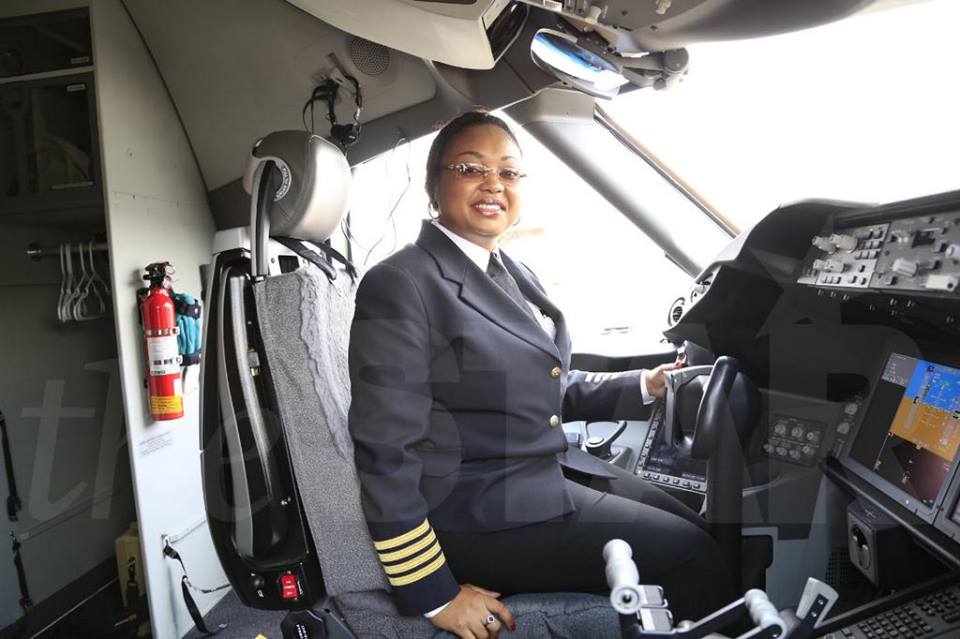 “This is an historic moment for Kenya Airways as we have proved to the world and our aviation peers our deliberate commitment to human resource development by providing an equal opportunity to our sisters,” Mr Mbugua said. “I look forward to a day in the near future when this aircraft will be managed by a 100% ladies’ crew, now that we have two first officers already undergoing certification training,” he added.

Great work! Such an inspirational story