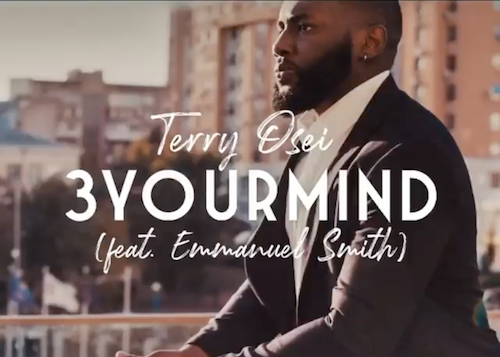 Terry Osei who goes by the stage name, T.O is a German-based Ghanaian rapper, producer and an entrepreneur.

T.O has released his long-awaited EP titled, “3Your Mind” (Free Your Mind). The rapper revealed on his Instagram page that, during this period of the coronavirus pandemic, is the best time to be more creative as an artist.

“To everyone who’s supporting us on this mission 🙏🏿♥️💯. With this EP, we wanted to inspire… this EP is for your soul. Take your time to take it in. Help us to spread the message. 3yourmind to the world & back 🌍. Stay ready”. ~ Terry Osei

The EP which was released on April 10, 2020 is made up of four songs featuring, Emmanuel Smith and Mr3yourmind. It’s available on all digital streaming platforms.

Terry is also well-known for his first collaboration, “Shigege” in 2012 with music partner, Manlikestunna which became a hit and earned them publicity in Europe.

The artist who believes in staying true to his Ghanaian background has released songs like, “Motherland” Ft. Manlikestunna which reminds us to always remember our roots or motherland, “Boomerang”, that inspires us to resist temptations in life and an EP dubbed, “7 Crowns”.

Alongside his renowned works in the Afro Swing music genre, T.O doubles as the associate founder of a UK-German based record label known as Destiny Sounds and Lost Saint Entertainment of which he was the first artist to be unveiled under the label.