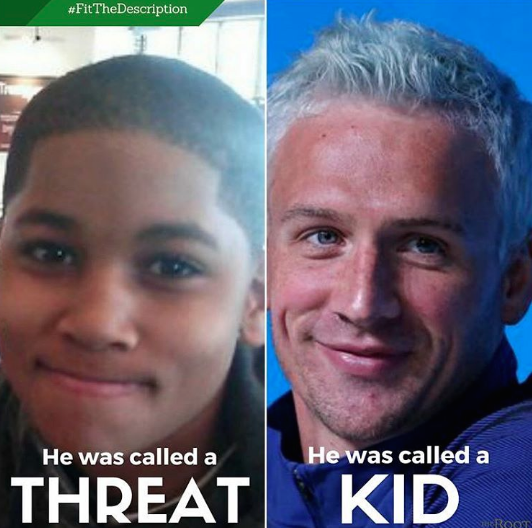 Telling the truth can be a tough option, however it can be the best option in the long run. Most young people look up to celebrities as role models. The question is are most of them worth our youth emulating?

Yes they are BRILLIANT at what they do, however sometimes their behaviour can leave a bad taste in our mouth. Example is the recent incident involving Ryan Lochte and three of his teammates in Brazil.

Few weeks ago we all felt sorry for Ryan Lochte and three of his teammates when we heard they had about being robbed at gunpoint in Rio de Janeiro by ‘these guys came out with a badge, a police badge, no lights, no nothing, just a police badge’ everybody was shocked because the police are suppose to protect people NOT to rob them at gunpoint!

”We got pulled over, in the taxi, and these guys came out with a badge, a police badge, no lights, no nothing, just a police badge and they pulled us over. They pulled out their guns, they told the other swimmers to get down on the ground—they got down on the ground. I refused, I was like we didn’t do anything wrong, so—I’m not getting down on the ground. And then the guy pulled out his gun, he cocked it, put it to my forehead and he said, “Get down and I put my hands up, I was like ‘whatever.’ He took our money, he took my wallet” Ryan Lochte told NBC’s Billy Bush…To think all this was a lie just to cover what they had done left a bad taste in our mouths.

So convincing to think this was all lies makes it very difficult for anyone to have sympathy for anyone who can lie to the whole world in that manner. Ryan Lochte‬ has been dropped by Speedo and also removed from Ralph Lauren’s website. The fact that Brazil has alleged high crime rates doesn’t mean people should join the stereotype…. The truth only came to light when the Brazilian police started to do their own investigations.

According BBC News Speedo and Ralph Lauren among four have ended their  sponsorship with Ryan Lochte,  We hope other celebrities will learn from Ryan Lochte’s incident and not end up loosing their sponsorships/endorsements. Especially some of our African Celebrities who behave badly. Lying, very dishonest….
Below is an apology from Ryan Lochte

Balotelli make jest of Suarez biting scandal with his poster