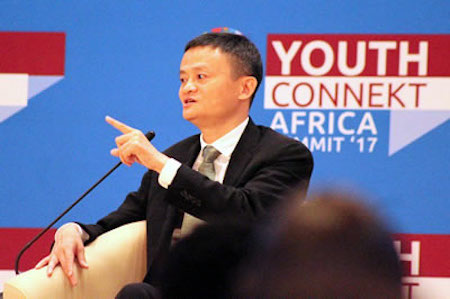 The Founder of Alibaba and Group Special Adviser to UNCTAD for Youth Entrepreneurship & Small Business was recently in Kenya recently accompanied by 38 fellow billionaires.

“I want that fund supporting African online businesses,”… The money is set. This is my money, so I don’t have to get anybody’s approval,” Jack Ma

If you are a young entrepreneur who has been turned down or rejected by investors, banks etc then Jack Ma’s public lecture at the University of Nairobi video.

We love billionaires Jack Ma’s concept of 3LQ’s, being rejected at KFC and more!

Surround Yourself With People Who Build You Up …