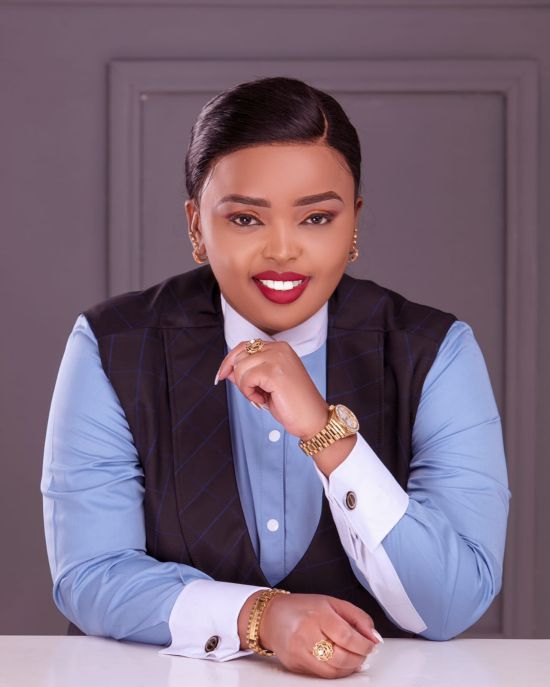 Reverend Lucy Natasha is a renowned minister of God from Kenya, Africa.

As a young and dynamic pastor, Rev Lucy Natasha is well grounded in the word of God and with her unique way of preaching insightful mysteries about the kingdom of God appeals to many people around the world.

Through her interdenominational ministry, she has spearheaded spirit filled encounters through revivals, conferences and seminars in different parts of the world.

Rev Lucy Natasha has been a great influence in the lives of people as well as given platforms to inspire people as a guest speaker in Christian conventions locally and internationally.

The powerful woman of God who is widely celebrated for her beautiful and classy lifestyle is also recognized as a great author.

She has published more than 10 Christian books that prepares and guide readers in their spiritual lives and views about life.

Some of these books are, ‘Touching Heaven Through Prayer’, ‘7 Keys To Success’, ‘Characteristics Of A God Leading Lady’, Before You Say ‘I Do’ and ‘Every Problem Has An Expiry Date’.

Thousands of copies of the aforementioned publications are selling worldwide.

Rev Natasha started her ministry after a man of God received a revelation about her family.

The revelation said that, a prophet would be raised from her family and she happened to be the one the pastor pointed at when she was 10 years old.

Rev Lucy Natasha used to stammer during her early days but according to sources, her speech disorder ceased after the man of God laid his hands on her and prayed for her.

Few years later, the prophecy manifested and in 2011, she was anointed and given the mantle under the ordinance of Redeemed Gospel Church in Huruma, Kenya.

Since then, she has preached the gospel in many countries like, the United Kingdom, Qatar south Africa, Malawi, Nigeria and a lot more.

She hails from Huruma in Kenya and was born on July 24. She began her education in Umoja, Kenya.

After completing her secondary education, she continued her studies in South Africa where she earned a graduate certificate in Public Relations and Theology.

Growing up from a family well dominated by the Christian values and carries the anointing of God, Rev Lucy Natasha learnt a lot from her mother which guided her with firm spiritual background.

She has got thousands of people who sought after her ministry and gained followers around the world.

She has also blessed people together with several great ministers of God through her ministry as well as  invested in a lot of divine projects and supported the homeless, needy, children and the sick.