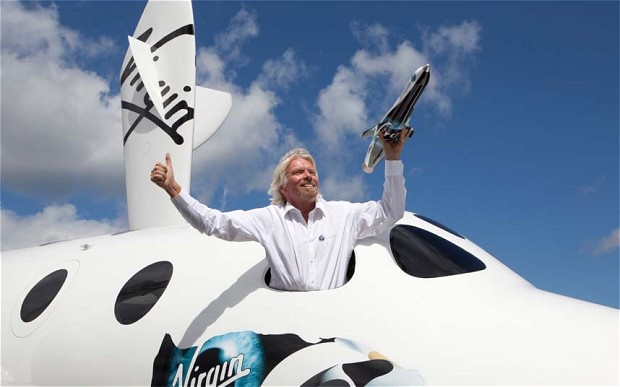 The Virgin Galactic spacecraft, which was scheduled to begin passenger flights early next year, blew up in the sky above the Mojave Desert in California during a test flight on Friday.

Sir Richard Branson has vowed to continue his space tourism venture despite the fatal crash of a Virgin Galactic rocket ship in the US.

One pilot died and the other was badly injured when SpaceShipTwo exploded in California’s Mojave Desert on Friday. Investigators are on their way to the crash site, north of Los Angeles.

Sir Richard, founder of Virgin Group and long-time advocate of commercial space travel, said he was “shocked and saddened” but would “persevere”.

Our thoughts and prayers go out to all the families