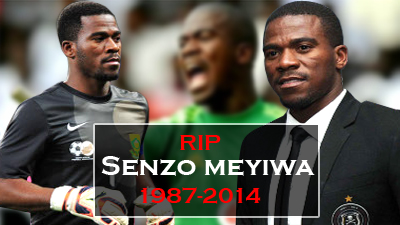 Thousands of fans attended the funeral of South African football Captain Senzo Meyiwa in Durban. Meyiwa, 27, who was shot on Sunday, Meyiwa’s death shocked South Africa and has highlighted the high rates of violent crime in the country.

The funeral took place at the Moses Mabhida Stadium in Meyiwa’s hometown of Durban.  According to reports Kelly Khumalo watched Senzo Meyiwa’s funeral on TV

R.I.P Meyiwa your legacy will live on…