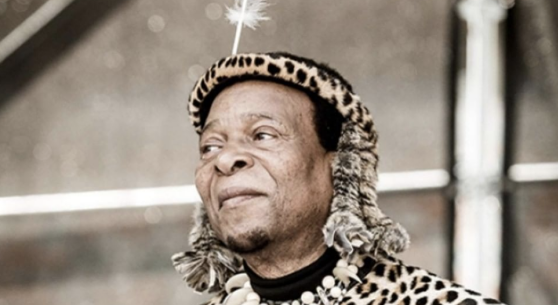 ‘When an Elder dies, a library burns to the ground’~ African Proverb

The king who stood for social justice, since apartheid era in the country and served as the major voice between the Zulu ethnic group and the government of South Africa for national unity, died at the Inkosi Albert Luthuli Central hospital in Durban, South Africa.

The spokesperson said, the sad incident happened on Friday March 12, 2021 at the central hospital where he was receiving treatment for diabetes.

However, his statement did not give details of the exact cause of King Zwelithini’s death. He was 72 years.

Upon hearing the heart-breaking news, the citizens of the country especially, people of the Zulu tribe with sincere heart, have expressed their condolences to the bereaved family and the entire Zulu clan for their loss.

President of the land, President Cyril Ramaphosa also paid his tribute and on behalf South African state officials as well as the entire nation for losing such a charismatic son and leader of the land who played significant roles in the social development of South Africa.

Nothing has been discussed about his funeral arrangement yet despite, the citizens’ plea on social media to adjust a little with the coronavirus protocols to observe a well-deserved burial from the state for His Majesty, Goodwill Zwelithini ka Bhekuzulu.

Born on July 14 1948, King Zwelithini inherited the Zulu throne in 1968 after the death of his father, Cyprian Bhekuzulu who was then the reigning King of the Zulu tribe from 1948 until his demise in 1968.

Officially, King Zwelithini was sworn in on December 3, 1971 as the eighth monarch of the Zulu Kingdom. He gained an in-depth knowledge in traditional ruling at the Bekezulu College of Chiefs and subsequently home-schooled at the Khethomthandayo royal palace.

As an influential leader, he led the Zulu Kingdom, in resisting invasion of the territory by British soldiers in the 1800s. He also remained the voice of peace for South Africans during violent political transitions between 1980’s and 90’s.

For over 50years of powerful ruling and the only longest serving King of the ethnic group, King Zwelithini will be greatly remembered for what he stood for particularly, the highly impact he made in the social, political, economic and cultural identity of the land of his birth.