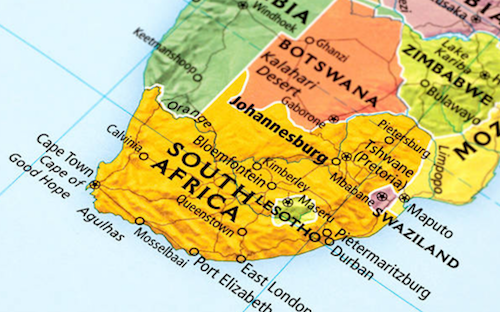 Offensive outbursts of riot and violence caught SA in the wake of a fresh xenophobic attack on fellow Africans ‘foreigners’ in the country.

The economic immigrants were given the shock of their lives when some hoodlums raided, looted, and burnt foreigners businesses over a glaringly wrong believe that the foreigners are responsible for their unemployment.

The mob soon took another form as foreigners were brutally attacked, many injured and some painfully murdered in cold blood.

South Africans targeted Nigerians only, for their ill-dealings and exceptional service delivery compared with the citizens on their soil.

This eventually led to a riot in Nigeria as Nigerian youths, in reprisal to the unconfirmed rumor, took to the street and also targeted South African businesses in Nigeria.

I refuse to watch the barbaric butchering of my people in SA. This is SICK. For this reason I will NOT be performing at the upcoming DSTV delicious Festival in Johannesburg on the 21st of September. My prayers are with all the victims and families affected by this.

Regrettably, xenophobia has claimed many lives of economic immigrants.

This didn’t go without reactions from other African countries such as Zambia. The Zambia football federation out-rightly boycotted their pre-scheduled friendly match against South Africa in an attempt to express their grievances towards the avoidable loss of lives of fellow African citizens in the country.

Everyone is asking the South Africa authorities are not doing more to stop act of inhumanity to their fellow Africans!

President Ramaphosa’s  attempt to attract investors to help improve on the crashing economy of his country, are likely to be challenged with if they decide to invest in SA as foreigners.

South Africa has suffered many attacks in the form of xenophobia. However, none has been as threatening as this recent one.

This time, African nations are furious about it, and many Africans have registered for their safe return to their beloved countries. What will this mean for South Africa if it continues? Investors will be reduced drastically.

Unemployment will be alarmingly high, hardship, and subsequently, violence will be rampant, and the GDP will suffer. The height of capitalism is imperialism which in-turn fuels barbarism. African workers will unite!

The frustrated citizens of South Africa got their fight all wrong.

African foreigners impacted less than a percent of their economy. Therefore, small retail shops run by them cannot be the basis for the citizen’s unemployment.

They need to think deep and channel their frustrations towards the right cause. We hope South Africa can live past this and proudly raise her flag once again.