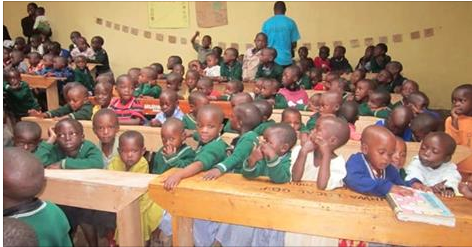 Dr Ali Mohamed Shein, President of Zanzibar recently announced the revival of free education in the south-eastern African Isles. This is a continuation of the five decade legacy which has greatly eased the financial burden incurred by parents in training their children. According to him, the government will meet the scrapped fees for both primary and secondary schools.

“From the next financial year, which begins in July 2015, parents will no longer be obliged to contribute fees for their children in primary schools. We have decided to revive the policy started by the first Zanzibar President, the late Abeid Amani Karume, who announced free education on September 23, 1964. Let us honour him by abolishing the fees,” said Dr Shein in a speech to announce the continuation.

In addition to this  Dr Shein also re-emphasised that free maternal services, including labour charge, would be available for expecting mothers.

These represent the legacies of the late Sheikh Karume who, after the January 1964 Revolution, declared education, health services and water free for all. However, in the late 1990s, the people started contributing for these services. In recent times, child and maternal mortality, absenteeism and poor performance at schools have been attributed, in some way, to the stress of fee payment as some families were unable to pay for maternal care charges and school fees.

Seizing the unique opportunity, President Shein went on the highlight his government’s achievements in the social and economic spheres.

“In 2014, inflation for goods and services has remained at a single digit – at an average of 5.6 per cent, compared to 6.1 per cent in 2010, while economic growth for 2015 is expected to go up by 7.8 per cent; from 6.4 per cent four years ago. We should celebrate the successes attributed to existing peace and stability. We must maintain peace and stability now, during elections and beyond because it is prerequisite to our development plans,” Dr Shein reported.

He concluded his speech saying he was impressed with the pace of development under his leadership in all major sectors, including education, disclosing that all children who applied to join Standard One were enrolled. Providing a status update on the development programme, he said health facilities have been equipped with modern medical amenities and an increase in medical staff and specialists from 3,634 in 2010 to 4,618 last year.

10 First Date Mistakes That Could Be Keeping You Single