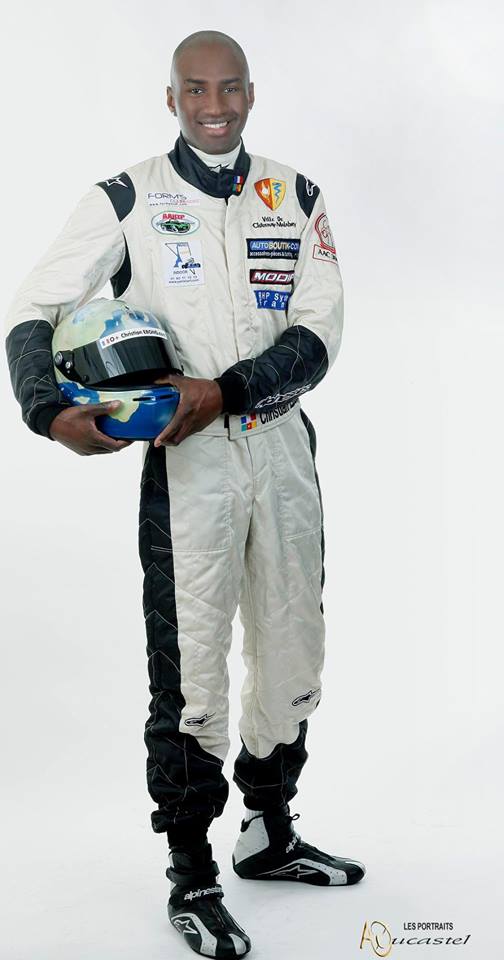 FBF:Meet Christian Ebong, the first African to distinguish himself in motor racing. Christian Ebong was born on June 9, 1983 in Yaoundé, Cameroon. At a tender age of  14, he left his native country for a career in motorsport in France.

From childhood, Christian  had a passion for motor racing and especially the battles between Alain Prost and Ayrton Senna. Christian began his career by the rally cross while most drivers started with karting.

Soon, his driving talent was revealed and has continued to confirm on the asphalt.

Proud of his Cameroonian roots and France, the host country that allowed him to access his dream, Christian wears the colors of the two countries on his favorite headphones.

Christian is the first African to distinguish itself in motor racing. Moreover, since 2013, it represents the stable Nigerian Eagle Racing; a Team 100% African. A symbol!

Christian wants to participate in the prestigious Le Mans 24 hour race, and so driving in LMP1 prototype (premier class endurance).

Christian wants to develop partnerships with international companies wishing to invest in Africa through its image.

It is also looking for sponsors to support it in its new athletic goals and retraining for future projects.

Well done Christian Ebong! We hope  you get sponsors to support your amazing goals. We will continue spreading the word for you!