Stories are narratives of series of related events which can either be imaginary or factual. They’re told or read to pick moral lessons that inspire our lives. Here are few short but very inspirational stories that can shape your life!

One day, a master instructed his unhappy apprentice to scoop a handful of salt in a glass of water and then taste it. Immediately he tasted, he spat, and the master asked how it tasted; he replied by saying “Awful”. Again, the master asked him to fetch the same amount of salt and put it in a lake and taste from the lake; he did, but he gave a suitable remark this time around.

He told his master he didn’t taste the salt. The master then sat beside the troubled apprentice and said, “the pain in life is like pure salt; neither a big pain nor small pain. Which means the amount of pain in life remains exactly the same. But the amount we taste in the “pain” depends on the container we put into.

Moral Lesson: When you’re in pain, the only thing you can do is enlarge your senses. Don’t let the pain eat you up! Stop being a glass, be a lake! Do something that will take your mind off the pain. 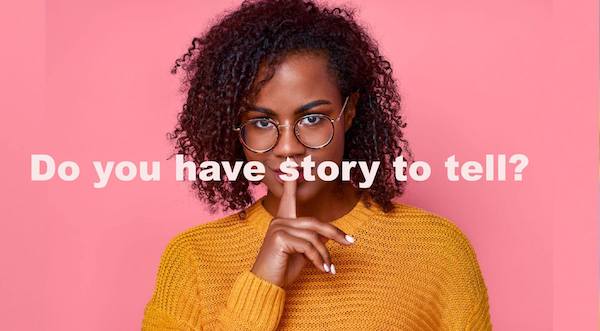 2. BURNING DESIRE IS THE SECRET TO SUCCESS

Socrates met a young man who kept asking him about the secret to success at a riverside. Socrates asked the young man to walk with him in the river. As they were getting deeper, the river reached their neck. Surprisingly, Socrates carried the man and dunked him into the water.

The guy struggled and wanted to free himself, but Socrates was strong enough to keep him there until he found out the guy was turning blue, then he pulled him out. The first thing the guy did was to gasp and take a deep breath of air. Then Socrates asked what he needed most when he was kept in the water, and the guy said “Air”. Socrates said, “that is the secret of success. When you want success as badly as you want air, then you will get it”.

The starting point of every achievement is having a burning desire. This is because a weak desire cannot yield success.

Two guys were engaged in an argument in class, and both of them were convinced they were right but accused each other of being wrong. So, their teacher decided to teach them a very important lesson. The teacher placed her desk in front of the class and placed each at both ends of the desk. She then put an object in the middle of the desk, which had different colors on each side.

Basically, each of them would just see the color facing them. One side was black, and the other was white. The teacher asked each of them the color they see, and the guys could only describe just the colors from each viewpoint.

Moral Lesson: Sometimes, we need to look at the problem from the other person’s view in order to truly understand his/ her perspective

4. DON’T JUDGE PEOPLE BEFORE YOU TRULY KNOW THEM

A 24-year-old boy seeing out of a train’s window, shouted…

“Dad, look, the trees are going behind” the father smiled.

A young couple sitting nearby looked at the 24-year old’s childish behavior with pity. Suddenly, the son exclaimed again.

“Dad, look, the clouds are running with us!” the couple who couldn’t resist said to the man. “why don’t you take your son to a doctor?” the man replied with a smile and told them they were just coming from the hospital; his son was blind from birth and had just got his eyes.

Moral Lesson: every single person on this earth has a story. Don’t judge people before you truly know them.

Thomas Edison tried two thousand different materials in search of a filament for the light bulb. When none worked as they expected, his assistant complained, “all our work is in vain. We have learned nothing”.

Moral Lesson: In life, mistakes are bound to happen but never look down on your mistakes. Learn from your mistakes!