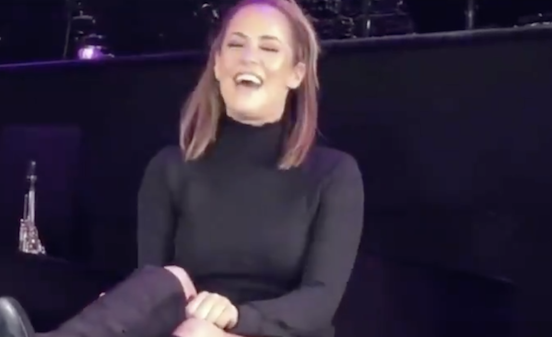 This is such a sad news!

Caroline who met her untimely devastating death today, officially began her full-time television career in 2002 when she was featured in a TV series known as the “Sketch Show Bo’ Selecta!”.

She has since hosted a lot of televisions shows including The Xtra Factor, Pepsi Chart Show, I’m a Celebrity, Comic Relief, Big Brother’s Big Mouth,  Love Island and more.

Last year was a very challenging year for the TV Presenter, following an allegation that she attacked her boyfriend which she refuted.

Caroline Flack  was due to appear in court March 4th, Sadly, today February 15, 2020 Caroline Flack was reported dead in her apartment.

According to the deceased family lawyer, she was found dead in her apartment and she took her own life.

The lawyer continued that, it would be better if the media respect the privacy of Flack’s family for now.

Yes we need more compassion in the world, less toxicity & fewer glass houses & high horses but I’ll tell you what we also need, we need to demand accountability from social media sites through robust regulation that works. Sadly it’s too late for #CarolineFlack & her family 😔 pic.twitter.com/z9RXTNVTgk

One of our favourite tv presenters is gone but certainly not forgotten! RIP Caroline Flack. Such a beautiful person.

Her fans across the world, celebrities with a heavy heart have paid tribute to her family on social media.

So shocked and saddened to hear the news about Caroline Flack. She was a beautiful and lovely person. My heart goes out to her family at this awful time. R.I.P #CarolineFlack pic.twitter.com/Xb9whz6um9

Everyone you meet is fighting a great battle..Let’s be kind to people 🙏