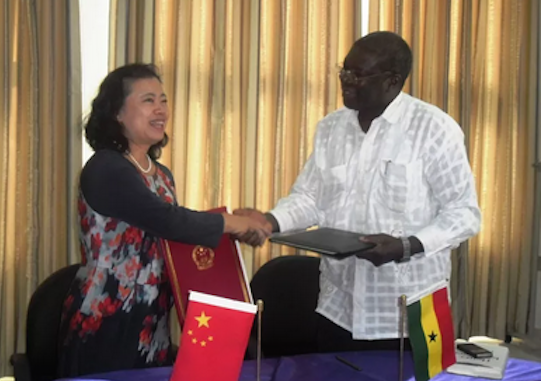 We are racist: Chelsea supporters refuse to let black man board Paris tube

The People’s Republic of China on Tuesday signed a Memorandum of Understanding (MoU) with Ghana to grant free entry visas to Ghanaian diplomatic and service passport holders.

The agreement was signed in Accra by Mr Thomas Kwesi Quartey, Deputy Minister for Foreign Affairs and Regional Integration and Mrs Sun Baohong, the Chinese Ambassador to Ghana.

Mr Quartey said the mutual exemption of diplomatic and service passport holders from visa requirement would strengthen the bilateral relations between Ghana and China.

He recounted the strong bond of friendship between the two sister nations since the days of Dr Kwame Nkrumah and Chairman Mao Tse Tung and said the numerous visits by Chinese state officials to Ghana and vice versa attested to it.

He said Ghana was looking forward to a greater political and economic cooperation between the two countries.

Mrs Sun said the signing of the MOU was a major start which would help boost the cooperation between the two countries.

She said this year marked the 55th anniversary of the establishment of diplomatic relations between the two countries.

We are racist: Chelsea supporters refuse to let black man board Paris tube

We Live On The Richest Continent In The World