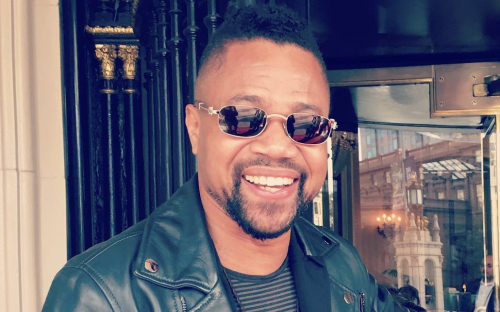 Cuba Gooding Jr. Pleads Not Guilty to Touching The Woman In Question By Force

On June 9, a 29-year-old woman anonymously filed a report in which she claimed that Gooding touched her breast and groped her forcibly.

The claim also stated that the woman was with her friends at the time and that they had an argument with the actor after the groping.

Immediately after the submission of the report, Gooding denied the claims although he voluntarily went to the New York Police Department for a testimony. His attorney, Mark Heller, accompanied him.

Heller demanded that the surveillance cameras must be investigated.

After the review of the camera records for two hours, Heller concluded that there was no groping or sexual assault whatsoever. As a result, the attorney of the accuser claims that the footage contains shots of Gooding touching her legs and boobs for a brief moment.

Cuba Gooding Jr was born in January 1968 in New York to parents who were both singers. He moved to Los Angeles in 1972 where he grew up with his three siblings.

He initially performed as a break-dancer for singer Lionel Richie. His debut acting role was a minor role on Hill Street Blues in 1981. He landed his first significant role as the lead Tre Styles in the crime-drama Boyz n the Hood in 1991.

After the movie became a massive success at the Box Office, Cuba appeared in more significant roles in films such as A Few Good Men, Judgement Night, Lightning Jack and Outbreak.

After that, The movie Jerry Maguire (1996) where he co-starred alongside Tom Cruise was also a considerable success which earned him an Oscar for the Best Supporting Actor.

Following the Oscar win, Goodman played in several movies most of which were commercially successful.

Cuba Gooding’s most notable post-Oscar work includes Men Of Honor where he co-starred with Robert De Niro in 2000, Pearl Harbor in 2001, Rat Race in 2001 and The Fighting Temptations in 2003. His later work was not as well-received and successful.

He also started working as a director. His first work is the movie Bayou Caviar that was released in October 2018.

He co-starred alongside Famke Janssen and Richard Dreyfuss as a former boxing star who finds himself in a deadly game after witnessing a crime committed by the Russian mafia.

The film received mixed reviews. We look forward to the resolution of the case on June 26.

Celebs Who Give Back: John Dumelo Foundation Offering Scholarships Needy…