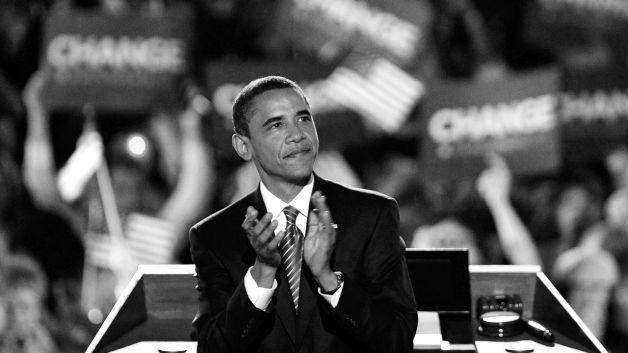 Barack Obama made history on Aug. 28, 2008, when he officially became the Democratic Party’s first African-American presidential nominee in Denver, Colorado.

“Four years ago, I stood before you and told you my story, of the brief union between a young man from Kenya and a young woman from Kansas who weren’t well-off or well-known, but shared a belief that in America their son could achieve whatever he put his mind to,” the Illinois senator said in his acceptance speech. “It is that promise that’s always set this country apart, that through hard work and sacrifice each of us can pursue our individual dreams, but still come together as one American family, to ensure that the next generation can pursue their dreams, as well. That’s why I stand here tonight.”

Obama went on to defeat his Republican opponent Sen. John McCain, who’d believed at the time that choosing Alaska Gov. Sarah Palin as his running mate would be his ticket to success. Obama also set a new standard for employing technology and new media to win elections.

600k Likes: Thank You For Your Support…